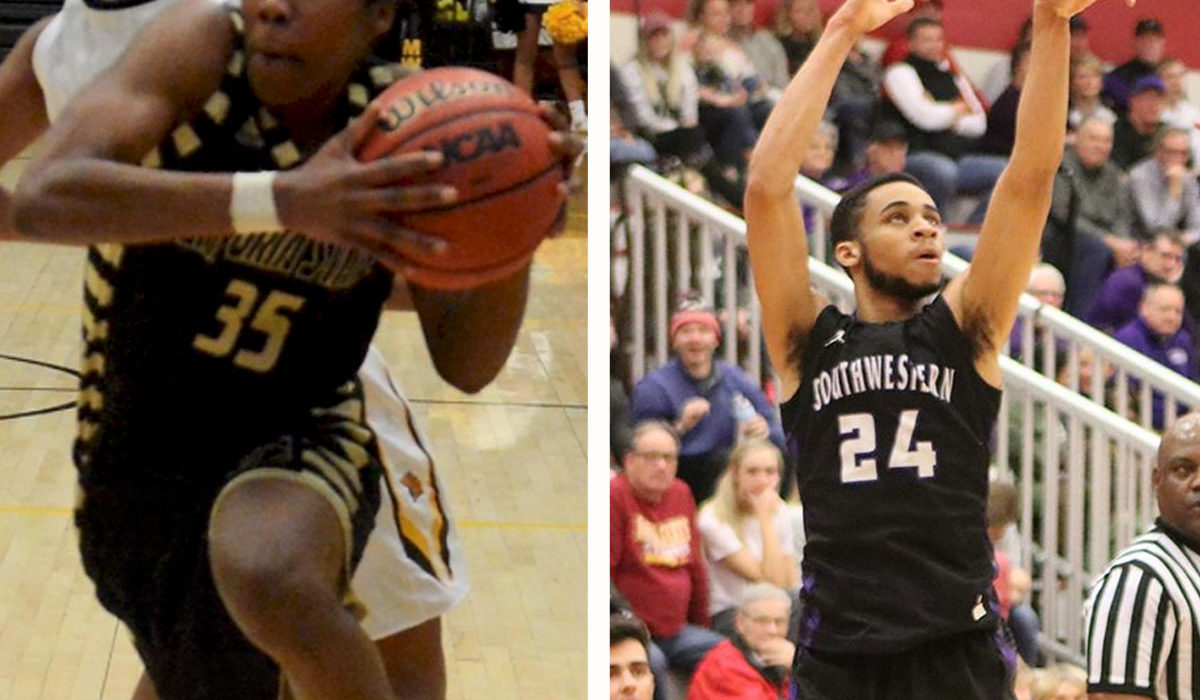 This week’s Kansas college Players of the Week are Tyra Jones, ESU, and Cameron Hunt, SC.

Jones played big in helping the Hornets to a 2-0 week, knocking off a nationally ranked opponent as well. The sofas scored 18.5 points per game and brought down 8.5 rebounds per game on the week. She put up a double-double with 22 points and 11 boards in ESU’s win at No. 23 Pitt State.

Hunt had at least 30 points in all three games the Moundbuilders played last week – all three wins. In one week, he became the school’s all-time leading scorer, put up 40 points in a game in which he went 6-for-6 from outside the arc, and hit the buzzer-beating shot in overtime to defeat a rival on the road. That’s a pretty good week.