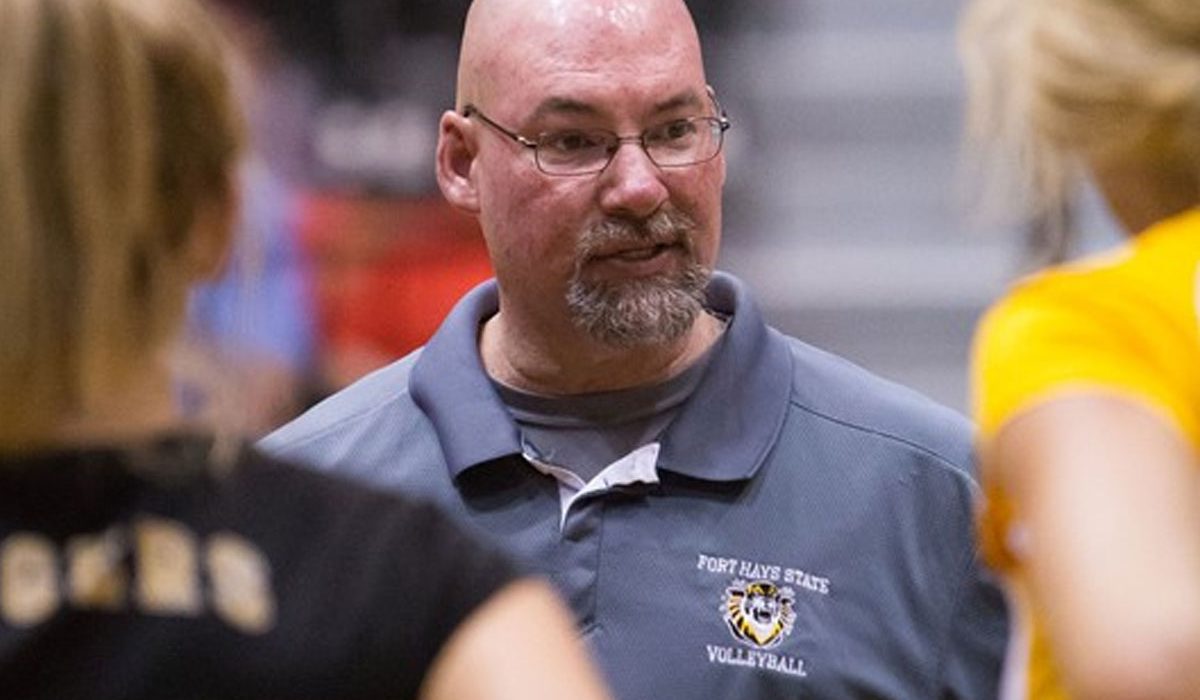 HAYS – Fort Hays State Volleyball head coach Kurt Kohler announced his resignation from his position at Fort Hays State on Thursday (Sept. 14) to accept the position of Athletic Director at Northeast Community College in Norfolk, Nebraska. Kohler was in his ninth season as head coach at FHSU and compiled 131 wins in his time at the helm, second-most in program history.

“I have thoroughly enjoyed my eight years at Fort Hays State,” said Kohler. “I’ve had the honor of coaching so many incredible young ladies, and I have become a much better person because they have been a part of my life. I will miss those relationships a lot.

“I want to thank Curtis Hammeke for entrusting me with this volleyball program.  He has been a great leader, role model and friend to me through the years, and I appreciate the opportunity he gave me.

“This program was struggling when I started in 2009, but I always knew that with high character student athletes, we could build something special. I believe we have made huge strides in that process and have become a highly respected program. Although I’m extremely sad to leave FHSU and dislike the timing of my departure, I know I am leaving this program in better shape than when I started. I can’t wait to witness these current players and coaches take the next step of success.”

“Coach Kohler had an opportunity to transition his coaching career into athletic administration,” FHSU Director of Athletics Curtis Hammeke said. “I think all involved would prefer to see this take place at the end of the season, but the time frame for this opportunity would not allow that. He is a good man who will be missed. We wish him the best in the next stages of his career.”

Kohler led FHSU to 20 or more wins in a season three times in his tenure. The 25-9 performance by the 2016 Tigers was a new best under Kohler and he led the team to back-to-back 20-win seasons the last two years. He coached 28 All-MIAA selections in his time at Fort Hays State, including five honorees in a season three times, which tied the program record. Two Tigers earned first team honors in 2016 (Crystal Whitten and Rebekah Spainhour), the first time FHSU had a student-athlete on the first team since joining the MIAA in 2006. Additionally, Whitten became the fifth All-American in program history in 2016, earning honorable mention honors from the AVCA.

For their work in the classroom, the Tigers have earned the AVCA Team Academic Award three years in a row under Kohler. FHSU had never received the award until this stretch started in 2015. Kohler also helped establish the Pass, Set Pink Scholarship that will be awarded to FHSU students directly impacted by cancer, raising more than $10,000 since 2012.

Brandi Fairbank will now serve as the Interim Head Coach of the program until the completion of the season. Fairbank is a graduate of Sterling College who entered her first season with the team as an assistant coach. She played collegiately at Sterling and Dodge City (Kan.) Community College. Sabrina Hallahan will continue to serve as the program’s graduate assistant.

Helping Fairbank through the transition to interim head coach will be Jennifer Thompson, who brings plenty of coaching experience from the collegiate and club levels. Thompson served four seasons as head volleyball coach at Labette (Kan.) Community College after managing and coaching a junior Olympic volleyball club in Ohio for 10 years. She played four years as a middle hitter at Ohio Northern University. Thompson previously worked in compliance for Fort Hays State Athletics.

Fort Hays State University will open a search for a new head coach in the near future, looking for the candidate to take over the role by January.