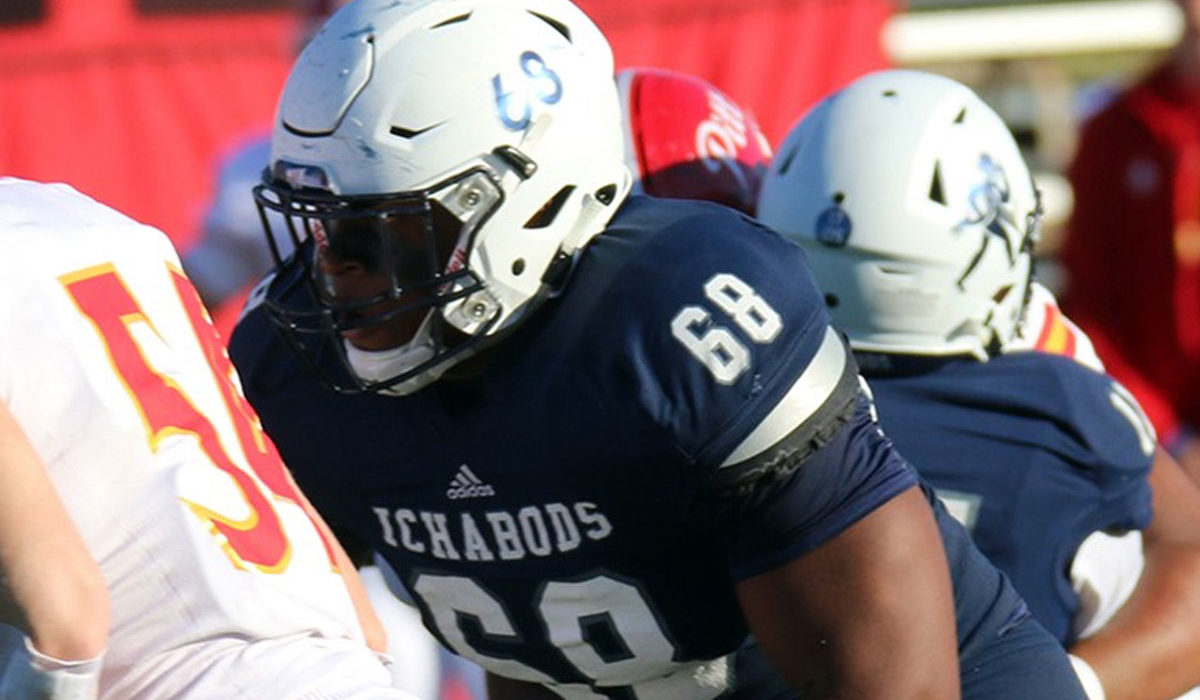 TOPEKA – Washburn Ichabod senior offensive lineman Kyle Hinton has been named to his second All-American team after earning First Team honors from d2football.com. He was a Second Team All-American selection by the American Football Coaches Association and he was selected to the 2019 D2CCA All-Super Region second team.

Hinton was a first team all-MIAA selection and has been a four-year member of the Ichabods starting the last 34 games making 42 appearances on the offensive line. He has been a four-time all-MIAA selection on the offensive line earning all-region honors in 2018. He also caught his first reception of his career with an 8-yard touchdown pass against Nebraska-Kearney in the Ichabods’ 57-41 win the season finale.

He is the first d2football.com First Team All-American selection since Dane Simoneau earned the honor in 2011.

Release from d2football.com
Notre Dame running back Jaleel McLaughlin and Ferris State defensive end Austin Edwards highlight the 100 players selected to the 2019 D2Football.com All-America team.
McLaughlin was named the Offensive Player of the Year while Edwards was named defensive player of the year.  Pete Shinnick, coach of the National Champion West Florida Argonauts, was honored as coach of the year.
Lone Star Conference champion Tarleton State led the team  with five players.  The team represents the top 0.6% of Division II players.
The D2Football.com All-America Team was selected by the staff of D2Football.com with input from coaches, staff, scouts, and sports information directors from around the country.
D2Football.com has named an All-America Team since its inception in 2000.