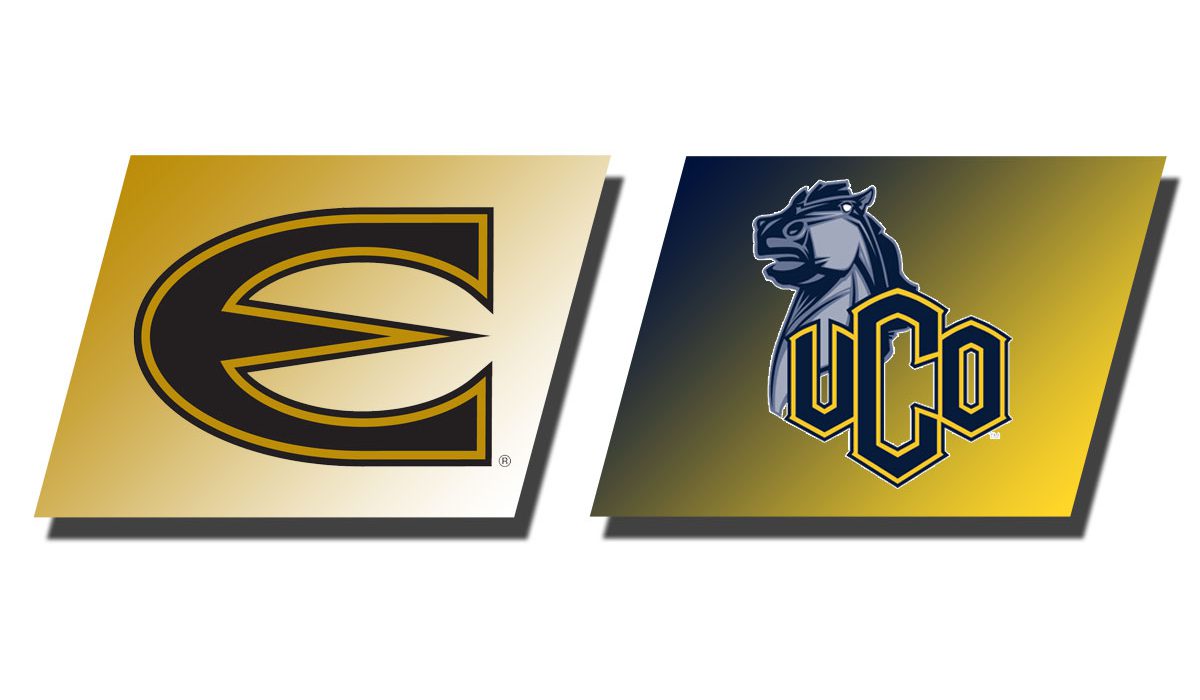 EDMOND, Okla. – The Lady Hornets got back in the win column with a 74-66 win at Central Oklahoma in a battle of two regionally ranked teams.

Emporia State got out to a 9-2 lead that forced UCO into a timeout just three minutes into the game. The Lady Hornets would push the lead to 15-5 with 5:19 left on a Daley Handy three-pointer and took a 24-15 lead into the second quarter.

Handy hit two free throws 19 seconds into the second quarter to give Emporia State an 11 point lead. The Bronchos answered with a 9-0 run to cut the lead to two at 26-24 with 7:26 left. The Lady Hornets answered with a 9-0 run of their own to regain an 11 point lead with 3:08 left in the half on a three pointer from Fredricka Sheats. A Mollie Mounsey three at the buzzer gave Emporia State a 41-31 advantage at the half.

Tre’Zure Jobe scored the first seven of the second half for Emporia State to tie Nicole Patry’s all-time Lady Hornet freshman scoring record of 435 points on a three-pointer with 7:49 left that gave ESU a 48-33 lead and forced another Broncho timeout. Mounsey scored with 6:56 left in the third to give Emporia State their biggest lead of the afternoon at 50-33. The Lady Hornets still led 54-39 when the Bronchos went on a 13-2 run and pulled within four points with just over a minute left in the quarter. The teams traded scores as Emporia State took a 58-54 lead into the final ten minutes.

Central Oklahoma pulled within a point twice in the fourth quarter but the Lady Hornets had an answer both times. Kaci Richardson’s old fashioned three-point play made it 58-57 19 seconds into the period but Emporia State scored the next five points to go up by six with 6:16 left. Micayla Haynes hit a three-pointer with 3:26 left to get the Bronchos within 65-64 but Sheats was fouled with the shot clock winding down and hit a pair of free throws to make it 67-64. Jessica Wayne was fouled on a rebound with 2:34 left and hit both charities to give Emporia State a 69-64 lead. Following a turnover by UCO Jobe delivered the knockout punch with a three pointer to make it 72-64 with under two minutes left. A bucket by Jobe with 1:10 left was the final score for either team as Emporia State won their 20th game of the year by the final of 74-68.

Tre’Zure Jobe led Emporia State with 23 points and added six rebounds. Fredricka Sheats was the only other Lady Hornet in double figures with 14 points but Jessica Wayne added nine points and five steals.

Emporia State will return to White Auditorium for their final two home games beginning on Thursday against Northeastern State. Tip-off is set for 5:30 p.m.