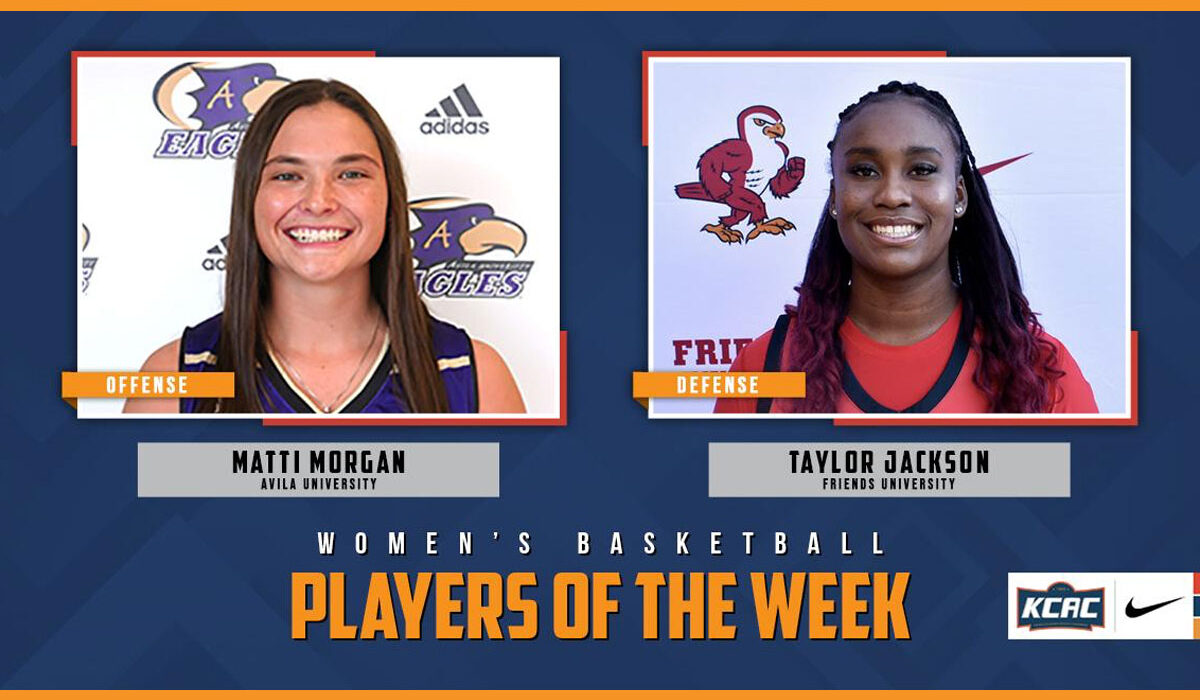 WICHITA, Kan. — Matti Morgan of Avila University and Taylor Jackson of Friends University have earned the KCAC Women’s Basketball Offensive and Defensive Player of the Week honors, respectively, the conference office announced Monday. The two student-athletes were selected for their performances from Dec. 6-12 by a vote of conference sports information directors.

Avila’s super senior did it all for the Eagles in a pair of wins, including one over (RV) Tabor, Avila’s second victory over a team receiving votes this season. Morgan averaged a double-double, plus an average of four assists, over two games, including a season-high 33-point output against Saint Mary. Morgan’s efforts helped the Eagles set a season-high with 97 points scored against the Spires.

Jackson continued her outstanding freshman season this week to help lift the Friends University Falcons over the Ottawa Braves. Jackson had five blocks, six defensive rebounds, and a steal in the win. She ranks third in the KCAC in blocks per game.