No. 15 ESU gets run rule win to sweep FHSU 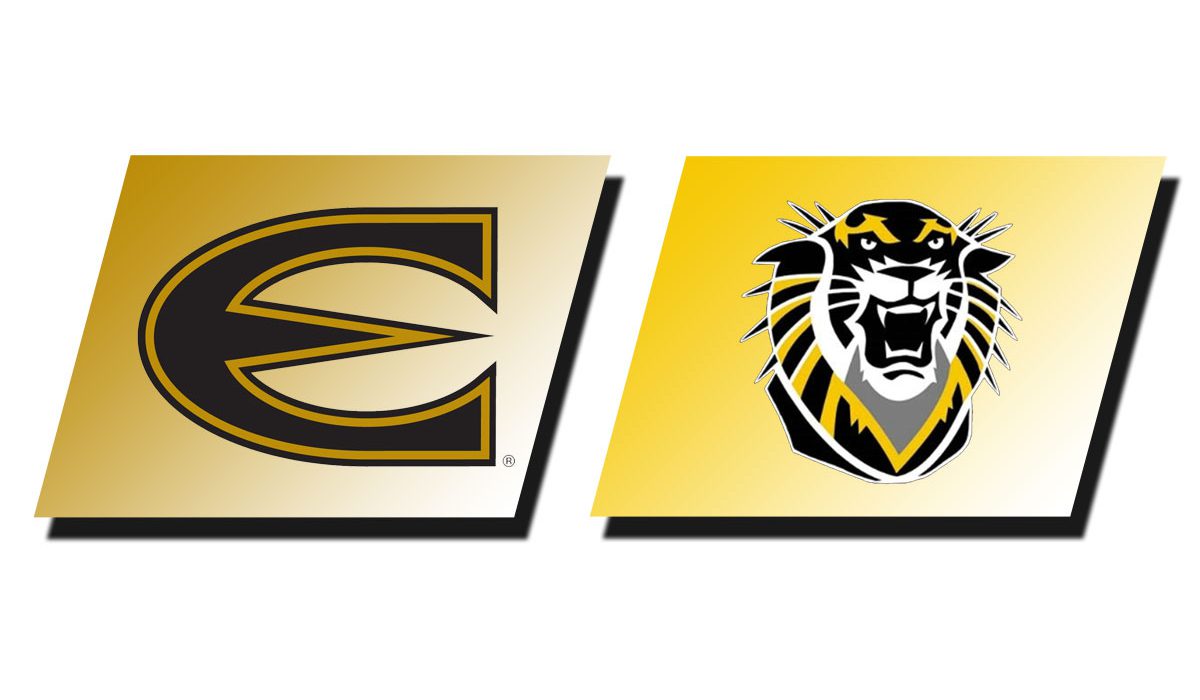 HAYS – The No. 15 Hornets put up seven runs in the first inning and never looked back in a 12-0 win over Ft. Hays State in seven innings at Lark’s Park in Hays, Kan.

The Hornets only had three hits in the first, but batted around plus two on their way to seven runs. Levi Ashmore started things with a lead off walk and stole second.  He went to third on a sac bunt and then scored on the first of Mason Brown’s three singles in the game.  Kaden Shaffer and Ryan McBroom had back to back walks with Brown scoring on a wild pitch during McBroom’s at bat.  Daniel LaMunyon reached on a throwing error by Tiger shortstop Nick Hammeke that plated Shaffer.  With two outs Daniel Oropeza worked a walk and Wade Hanna delivered a two run single to make it 6-0. Hitting for the second time in the first, Ashmore singled to left and Hanna came around to score when left fielder Marcus Altman mishandled the ball.

The Tigers would use three pitchers in the top of the first as the Hornets sent 11 men to the plate.  Emporia State’s Matt Slauter used just 11 pitches to work a perfect bottom of the first to set the tone for the day.

Emporia State added an unearned run in the top of the second when Brown singled and went to second on field error by centerfielder Jake Lanferman.  He would score on a ground out by McBroom to make it 8-0.  The Hornets added three more unearned runs in the third. Ashmore reached on a throwing error by Hammeke with one out and would score after back to back singles from Alex White and Brown.  A walk to Shaffer loaded the bases and McBroom hit a two RBI single up the middle to make it 11-0 after two and a half.

Slauter was relieved in the bottom of the fifth after throwing 4.0 shutout innings with two hits and five strikeouts. Trey Taylor, Tyler Buss and Jacob Tetuan combined to allow just two hits with three strike outs over the final 3.0 innings for the Hornets fifth shutout of the season.

The Hornets got their final run in the top of the fifth when Ashmore led off with a double and scored on Tate Kastens pinch hit single for a 12-0 lead.

The Hornets will begin midweek conference games on Tuesday, Mar. 21 against Missouri Western.  First pitch at Glennen Field in the Trusler Sports Complex is set for 4 p.m.