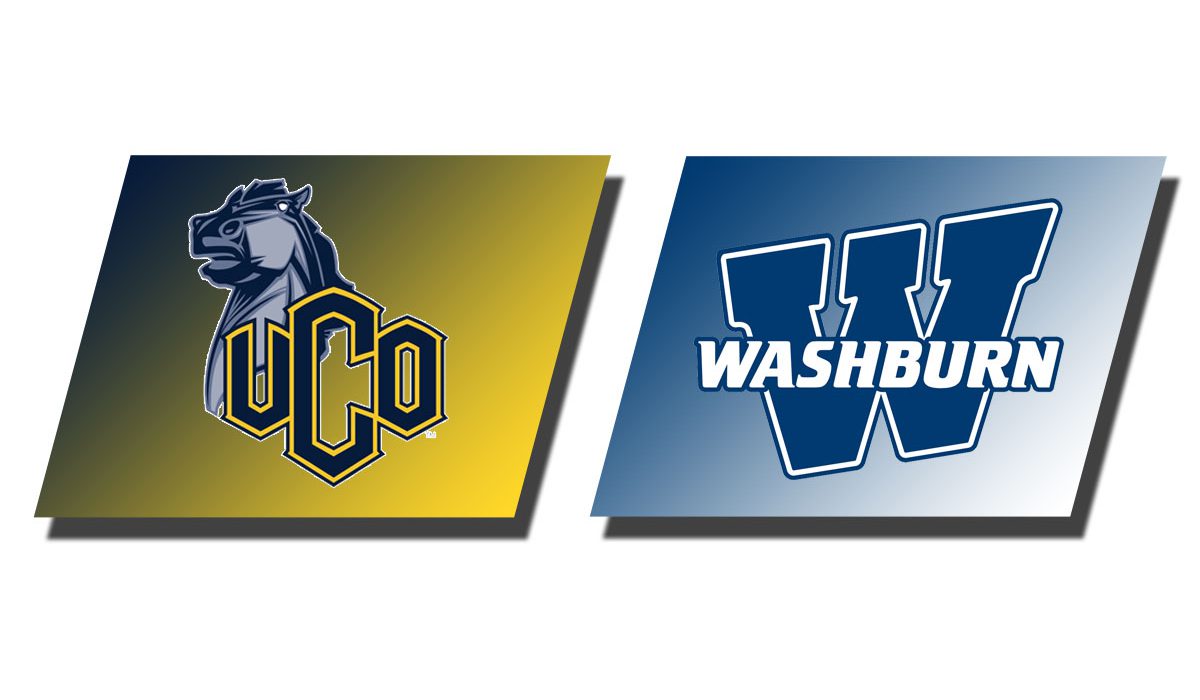 TOPEKA – The No. 4-ranked Washburn volleyball team rolled to a 3-0 victory over the Central Oklahoma Bronchos on Friday evening, earning head coach Chris Herron his 600th career collegiate victory. With the win, the Ichabods improve to 21-2 (13-2 MIAA) while the Bronchos fall to 16-10 (8-8 MIAA).

Two major milestones were reached by the Ichabods in the match. The victory gave Herron an all-time record of 600-134 in his 21st season as a collegiate coach. Since joining Washburn in 2002 after spending three seasons at Benedictine, he has recorded 525 victories. Setter Allison Sadler also added her name to the record books tonight as she became the 10th player in Washburn history to eclipse 2,000 career assists.

The match started out neck and neck as there were six ties by the time the score was even at 11-all. Washburn broke the tie with a four point burst, thanks to three consecutive kills and a Broncho attacking error. Holding a five point lead at 20-15, the Ichabods pulled away and won five of the final six points to capture the first set. Washburn hit .375 in the game and had 14 kills while committing just two errors.

Central Oklahoma took an early 4-1 lead in set two after making two blocks and benefiting from two Washburn errors. The Ichabods fought their way back to the match and tied it at 5, 6, 7, and 8 until back-to-back kills gave them a 10-8 advantage. Central Oklahoma scored the next point to make it a one point deficit, but Washburn answered with a seven point scoring tear to extend its lead to 17-9. Genna Berg’sfifth kill of the set closed out the 25-16 win for the second frame.

The Ichabods came out firing in the third set as they won the first six points. Central Oklahoma scored its first point of the set coming out of the timeout, but kills from Maxwell and Kelsey Gordon made the lead 8-1. The Bronchos charged back and chipped away at the Ichabods’ lead by going on a 6-1 scoring run to trail by just two at 14-12. Montgomery knocked down back-to-back kills to push the lead back to four before Central Oklahoma answered with two points of its own. Washburn held on to its lead, though, and Montgomery put the match away with her 10th kill of the evening for the 25-20 final set score.

Maxwell led all players in kills as she knocked down 13 and hit .364 in the match. Montgomery landed 10 kills and Berg had nine. Sadler finished the night with 38 total assists and now has 2,015 in her career. She also added a team-high 15 digs to notch her 10th double-double of the season. Faith Rottinghaus and Taylor Antonowich also had double-figure digs with 14 and 13, respectively.

Washburn will wrap up the week tomorrow (Saturday, Nov. 2) against Newman. The match is set to begin at 3 p.m. in Lee Arena.