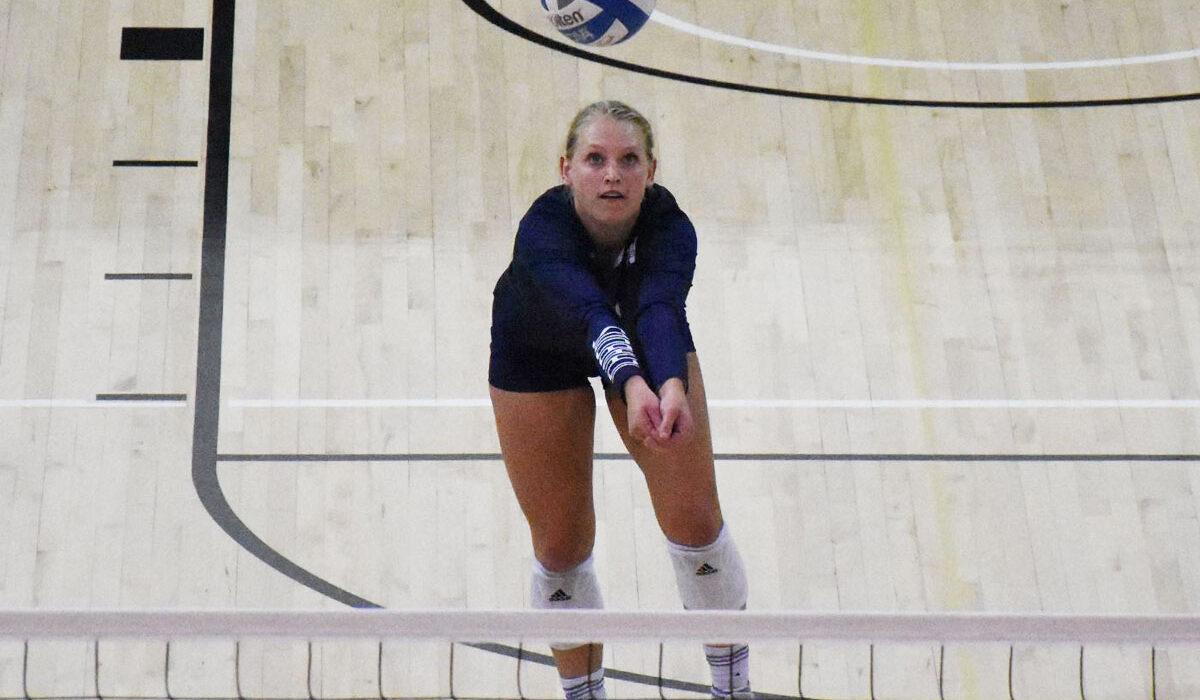 COLORADO SPRINGS, Colo. – The No. 4-ranked Washburn volleyball team swept William Jewell before receiving its first loss of the season in four sets to No. 15 Colorado School of Mines on Saturday at the Mountain Lion Invitational. The Ichabods will begin MIAA play next week on the road at Fort Hays State (Sept. 17) and No. 3 Nebraska-Kearney (Sept. 18).

MATCH 1 (Washburn 3, William Jewell 0)
William Jewell (3-4) won the opening point of the match, but that would be the only lead it held for the game as the Ichabods put together several scoring runs to gain control. The Cardinals evened the score at 6-6 when the Ichabods rattled six-straight points to create some space. Faith Rottinghaus served out the Ichabods’ 25-14 set victory with three consecutive aces.

In the second set, the Cardinals held an early 3-2 lead, but it was quickly all Washburn as the Ichabods went on a 9-0 scoring tear to go in front, 11-3. A kill from Kelsey Gordon sparked a 6-0 rally to put the Ichabods on top, 18-5, and Halle Meister knocked down a kill for the final point of Washburn’s 25-9 win.

The teams exchanged points to start the third frame when Gordon got things rolling again for Washburn and started a 6-1 scoring run to give the Ichabods a 10-4 advantage. Washburn was able to hold off a late push from William Jewell and win the final set 25-20 to secure the sweep.

Washburn finished with a .350 attacking percentage and 41 kills while William Jewell hit .083 and registered 23 kills.

Allison Maxwell led the way for Washburn with nine kills on 12 attempts and just one error for a .667 attacking percentage. She was also a part of three blocks at the net. Genna Berg registered seven kills and six digs. Splitting time with setter duties, Allison Sadler finished with 15 assists and Payton Nutterhad 13. Libero Rottinghaus scooped up 13 digs and had three of Washburn’s six service aces.

For the Cardinals, Bella LaPorta had seven kills.

MATCH 2 (Colorado School of Mines 3, Washburn 1)
Errors plagued the Ichabods (9-1) in the first set, as they had seven attacking errors for a .075 hitting percentage, three service errors, and a blocking error. Colorado School of Mines (7-1) broke a 9-all tie with four-straight points, with three of those coming off Washburn miscues, and held on to the lead for the remainder of the set and cruised to a 25-15 win.

The second set was nip-and-tuck as both teams battled for the lead. With the scored knotted at 14, the Orediggers went on an 8-2 run to take a six point lead. Although the Ichabods pulled within two, 22-20, it was not enough and the Orediggers won the final three points of the set to go up 2-0 in the match.

Needing a win to stay alive in the match, the Ichabods came out fighting in the third and went up 13-4 after an 8-0 run. Washburn stayed in control and posted a 25-16 win to force a fourth set.

Washburn held a tight lead from the beginning of the fourth until midway through the frame at 13-11 when Colorado Mines rallied with a 10-2 scoring run to take its first lead of the set. The Ichabods were unable to overcome the deficit and dropped the clinching game, 25-20.

The final stat line for both teams was nearly identical as Washburn’s .206 attacking percentage was one point higher than Colorado Mines and the Ichabods had one more total kill with 50. The Orediggers had 63 digs while the Ichabods finished with 59. Washburn made 10 blocks compared to Colorado Mines’ six.

Despite the loss, a milestone was reached for Rottinghaus as she surpassed 2,000 digs in her career after recording 20 against the Orediggers. She ranks third all-time in Washburn’s record books now with 2,005 digs and is 88 away from moving up to second on the list. Erica Cowhick (2004-07) is Washburn’s career digs record holder with 2,464.

Berg registered a double-double with 12 kills and 10 digs. Gordon was close behind with 11 kills and Maxwell also contributed double-figures with 10. Sadler dished out 37 assists and had eight digs.

The Orediggers were led by Julia Eiken’s 10 kills and Elle Duis’ 17 digs.