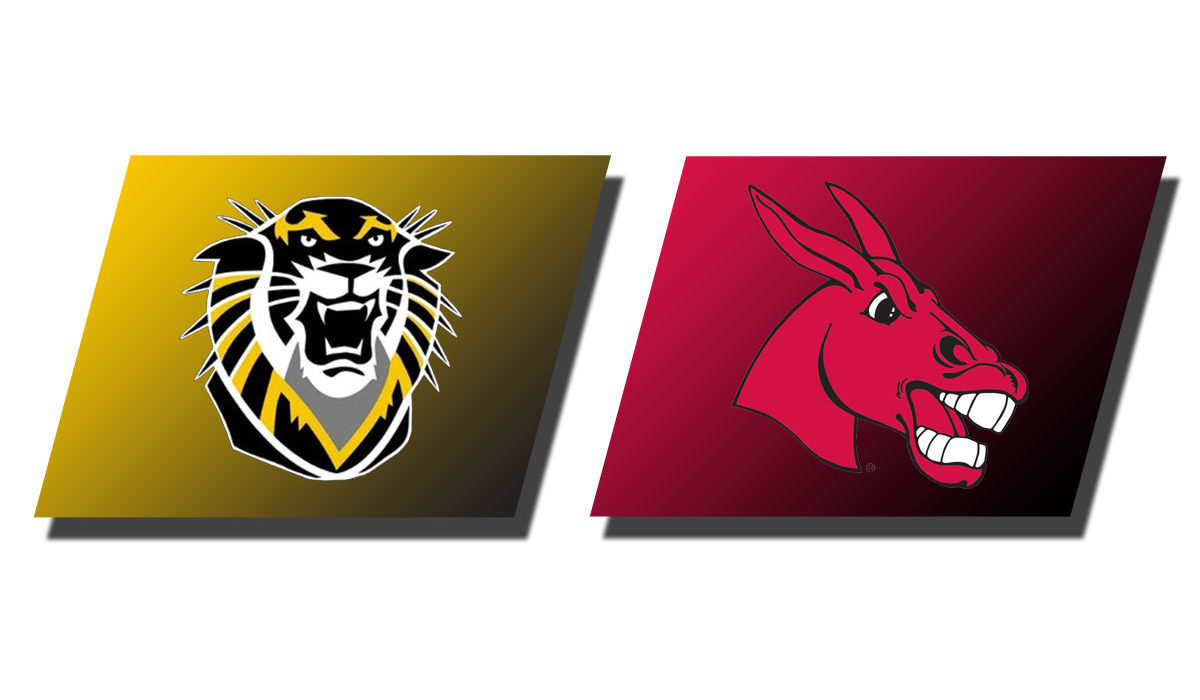 WARRENSBURG, Mo. – A dominating effort under the basket and swarming defense carried the fifth-ranked Fort Hays State women’s basketball team to a 10-point road win over the defending national champions Thursday (Jan. 3), besting No. 15 Central Missouri 56-46. The Tigers move to 12-0 on the year and 3-0 in MIAA play with the win, while the Jennies are now 8-3 overall and 1-2 in conference action.

The Tigers controlled the game under the basket all evening, outscoring UCM 42-18 in the paint. Despite hitting a season-low two three-pointers (2-for-12), including 0-for-8 from deep in the first half, the Tigers still managed to hit more than 45 percent from the floor (23-of-51). The Fort Hays State defense was just as sharp, holding the Jennies to season lows in points (46), field goal percentage (32.1 percent), field goal makes (17, tie), free throws made (six), free throw attempts (six) and rebounds (30).

Belle Barbieri helped the Tigers set the tone early on in the paint, dropping in five layups in the first quarter to account for 10 of Fort Hays State’s 19 first-quarter points. The Jennies came out firing, knocking down a pair of threes in the first 92 seconds to quickly lead 6-0. Solid ball movement and crisp passing left Barbieri with three easy layups over the next three possessions, tying things up at 6-6. The teams traded the lead over the next few minutes before five points in 17 seconds from Carly Heim gave the Tigers the lead for good. The senior guard dropped in a driving layup with her right hand while being fouled, making the ensuing free throw, before spinning into the lane and finishing with her left hand on the following possession to put Fort Hays State on top, 17-14.

Both sides went through extended scoring droughts in the second quarter, combining for just 16 points, 0-for-9 shooting from deep and nine turnovers. Neither team scored for nearly four minutes in the heart of the quarter. The Jennies were never able to seize the lead, however, closing within one, 23-22, before Taylor Rolfs knocked down a running jumper in the lane with 1:09 to play in the half for the first Tiger points in nearly seven minutes. A layup from Tatyana Legette on the final FHSU possession stretched the halftime lead to three, 27-24.

An early three-pointer in the second half from Heim helped the Tigers pad their lead to seven, but two quick triples for the home team put the Jennies right back into the game. The Fort Hays State defense took control over the final eight minutes of the frame, limiting UCM to just one more field goal in the third quarter (1-of-9 over last 8:15). A Rolfs scoop-and-score layup put the Tigers back up by seven before the Jennies cut within four by the end of the period, 39-35.

The Tigers laid the hammer down early in the fourth quarter, going on a 9-0 run to establish a double-digit lead. A deep three-pointer from just in front of the Tiger bench found the bottom of the net out of the hands of Lanie Page before Kacey Kennett dropped in layups on back-to-back possessions to put the Tigers on top by 11, 48-37. The teams traded points for the remainder of the contest, with UCM never drawing any closer than eight points down. The Tiger defense held the Jennies to just 3-of-14 shooting in the final quarter to secure the victory.

Barbieri finished the game a perfect 7-for-7 from the floor, matching her career-best with 14 points while knocking down the most shots without a miss for a Tiger in more than two years (Emma Stroyan, 9-for-9 vs. SCSU, 11/1/16). Barbieri also led the team in rebounds with seven and steals with three. Heim matched Barbieri’s team high with 14 points of her own, hitting 5-of-5 from the free throw line. Legette dished out a team-best three assists while adding seven points and six rebounds.

Fort Hays State will look to continue to extend its best start in program history Saturday (Jan. 5) when the Tigers travel to Bolivar, Mo. to take on Southwest Baptist. First tip between the Tigers and Bearcats is set for 1:30 p.m.