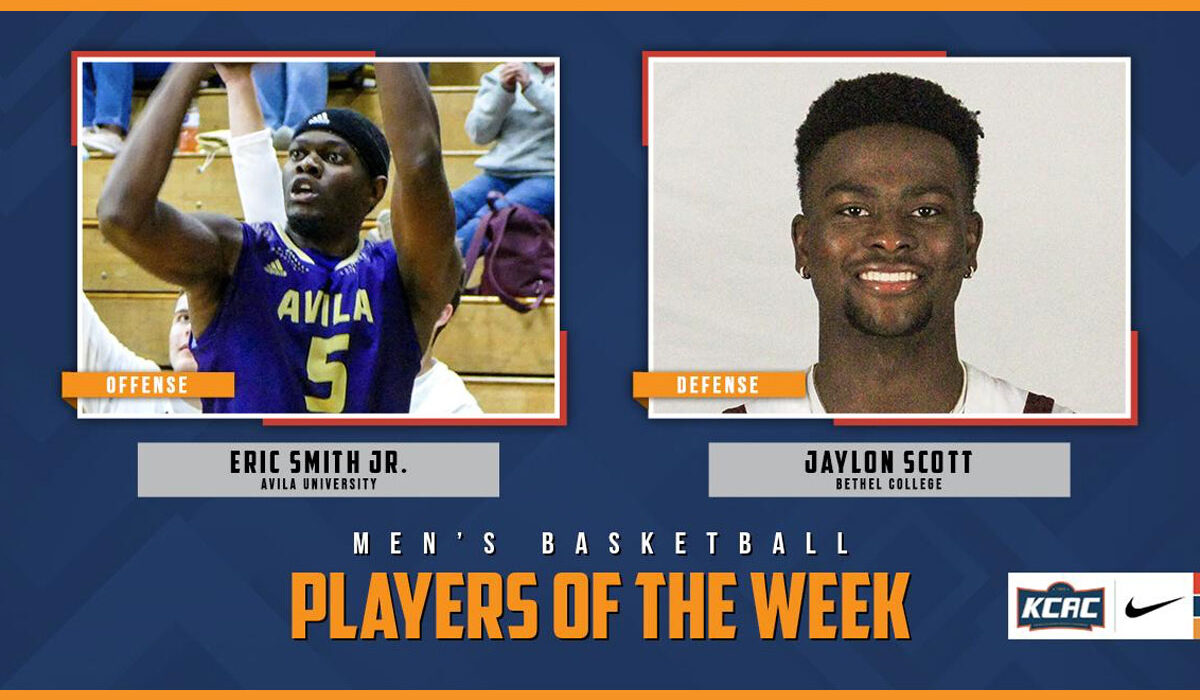 WICHITA, Kan. — Eric Smith Jr. of Avila University and Jaylon Scott of #25 Bethel College earned the KCAC Men’s Basketball Offensive and Defensive Player of the Week honors, respectively, the conference office announced Monday. The two student-athletes were selected for their performances from Dec. 6-12 by a vote of conference sports information directors.

Avila’s junior center dominated on all ends of the floor once again this week, recording two double-doubles and powering his team to a 1-1 week: a 20-point win, and a last-second, one-point overtime loss. He now has eight double-doubles this season in 13 games, including four in his last five games. This is the second consecutive week in which Smith has been named the KCAC Men’s Basketball Offensive Player of the Week.

Scott pulled in 14 defensive rebounds and recorded 4 steals and 3 blocks between the Threshers’ two wins last week. He was able to hold both of his assignments to single-digit scoring in both contests as well. Scott had the game-sealing steal in the Threshers 76-75 win over the Moundbuilders with under three seconds left on the clock.