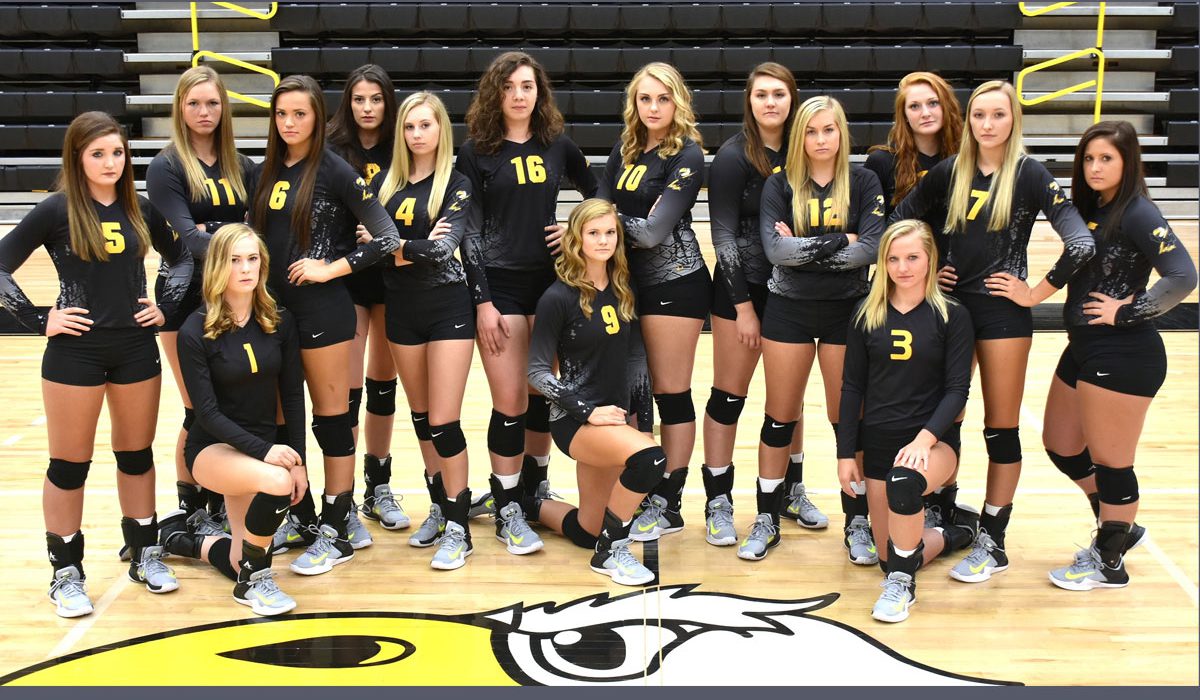 CONCORDIA — It didn’t take long for the Cloud County Community College volleyball team to find its inspirational, bulletin board material heading into the 2017-18 season.

After finishing fifth with a 13-20 overall and 7-9 record in the Kansas Jayhawk Community College Conference (KJCCC) a season ago, the T-Birds were picked to finish fifth again this fall in the KJCCC coaches’ preseason poll that was released on August 8.

“When the preseason poll came out and we were picked fifth; the girls were not happy with that,” said Cloud County head coach, Molly Skocny, who starts her 11th season at Cloud County this fall.

“They definitely want to compete for one of those top-3 spots in our conference. We haven’t set our goals as a team yet. I usually let the girls navigate the first week and then we put some numbers to stuff. But I can tell from their reaction to the predicted fifth-place finish that they strive for better than that and I think they are capable of doing that.”

The first few weeks of the season will be a crucial time for the T-Birds to make their mark as they play seven of their 10 home matches during the end of August and in September.

Cloud opens the season on Wednesday, Aug. 23 with a non-conference home match against McCook Community College (6:30 p.m.) KJCCC play then begins August 30 with a road trip to Pratt (6:30 p.m.), with the T-Birds’ conference home opener to follow on September 1 against Hutchinson (6:30 p.m.).

“I think that will give the freshmen the opportunity to settle in,” said Skocny, referring to the amount of early of home matches. “Then in October, we’ll have a stretch of road matches, which is kind of the grind anyways. We can’t be shaky at that time. We’re going to have to take care of our jobs on the road in October.”

The T-Birds will have seven returners on the 2017 roster, including their top four kill leaders from a season ago. Sophomore outside hitter Elizabeth Nobert, who was named a Second-Team All-Region VI player as a freshman, headlines Cloud’s pool of hitters after leading the 2016 T-Birds in kills (300), hitting percentage (.321) and total blocks (80).

With a year of experience, and an offseason dedicated to strength and conditioning, now under their belts, Skocny said she is encouraged by what she sees from this year’s sophomore class.

“The returning girls know what to expect, they knew what they needed to work on in the offseason and you can definitely tell they’ve benefited from our strength and conditioning program,” Skocny said.

Skocny said early returns on this crop of T-Birds does show new elements of quickness, athleticism and energy that should provide improvements from a season ago.

“We’re going to be a lot quicker this year than we were last year as far as getting to the ball on defense. And our pass is better,” Skocny said. “We’ve really tried hard to recruit a class, and instill in our sophomores, the value and importance of communication, leadership and enthusiasm for the sport.”

The belief and pieces are in place for Cloud County to battle amongst the best in the KJCCC. Over the next two and a half months, it’ll boil down to execution.

“We have to reduce our missed opportunities. That’s one of the things we talk about every day is not missing opportunities,” Skocny said. “We can’t shank passes or not have our hitters ready to put the ball down. Everybody has to be on and ready to do their job, taking every opportunity and converting them into points. It’s going to be the thing that makes us fun to watch.”