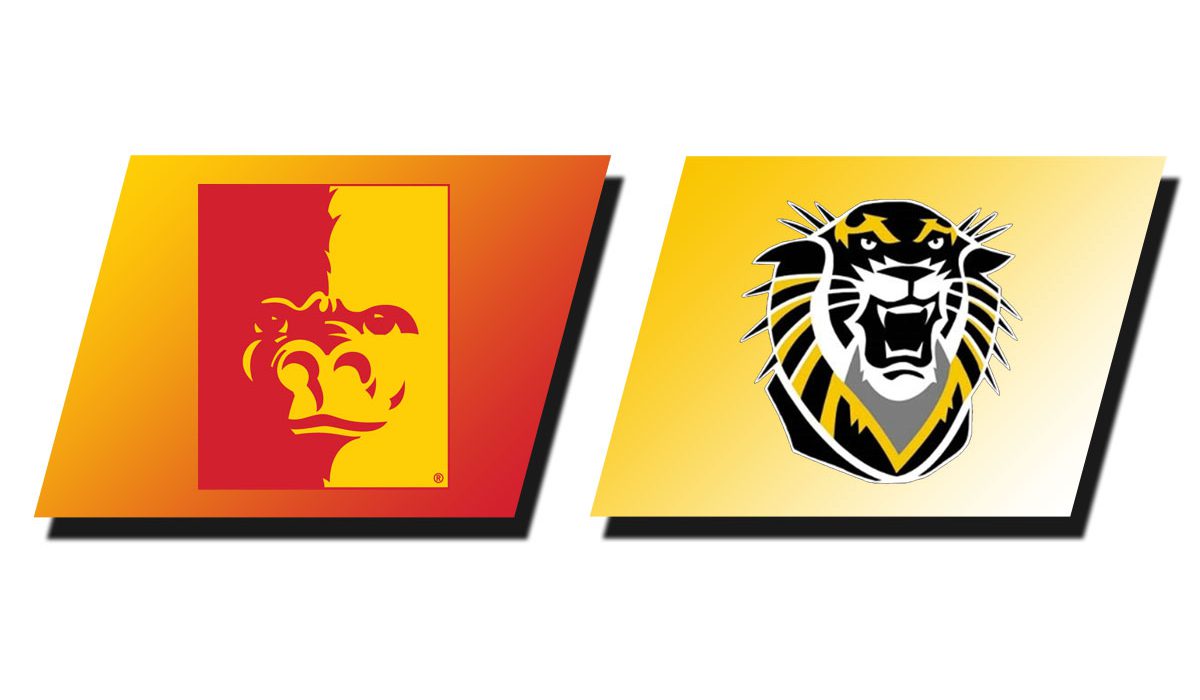 HAYS – Fort Hays State dropped both games of its doubleheader with Pittsburg State on Monday. The Gorillas took the first two games of the three-game series by scores of 8-5 and 8-6. PSU moved to 22-24 overall, 16-16 in the MIAA, while FHSU moved to 10-35 overall, 3-29 in the MIAA.

Fort Hays State held an early 2-0 lead after an inning, but saw Pittsburg State score eight unanswered runs in the middle of the game. The Tigers created a two-out rally in the ninth that fell just a batter shy of getting the potential tying run to the plate.

An error to open the game allowed the Tigers to get a pair of unearned runs in the first. Ty Redington scored on a passed ball and Trevor Hughes had an RBI double.

Alex Ruxlow cruised through the first three innings but allowed his first run in the fourth on a double and an RBI single. He ran into further trouble in the fifth when two singles, a double, and a pair of home runs helped Pittsburg State plate five runs to take a 6-2 lead. Another two-run homer allowed with no outs in the seventh ended Ruxlow’s day on the mound. He allowed 13 hits and two walks, with one strikeout.

After allowing the two unearned runs in the first, Cody Whiting settled in and struck out 10 Tigers in his 6.2 innings of work for the Gorillas. He allowed five hits and five walks. Ty Rowe relieved for 1.1 innings and did not allow a run.

The Tigers were down to their last out in the ninth against Tripp Tucker when Trevor Hughes hit a solo home run to right field. After a Cody Starkel double, Clayton Basgall sent a two-run homer over the wall in left field. The Tigers all the sudden had the PSU lead down to just three. After a walk, Bryce Whitchurch struck out to end the game, leaving the Tigers just a batter shy of potentially getting the tying run to the plate.

Zac Rothert was solid in relief for the Tigers, getting the final nine outs against PSU by allowing just one hit and two walks.

After both teams played to a scoreless contest through four innings, the bats came alive for both teams in the middle innings turning the contest into a seesaw battle. Ben Ramberg of FHSU and Dante Richardson of PSU were locked in a pitcher’s duel until the fifth.

The Gorillas opened the scoring in the fifth with a two-out RBI single, but the Tigers responded for their first lead of the game in the bottom half of the inning with three runs. A Cody Starkel solo home run in the fifth broke up Richardson’s streak of retiring the first 13 batters of the game. A pair of singles and a walk set the table for Ty Redington with the bases loaded. He delivered a two-RBI single through the left side of the infield to give the Tigers a 3-1 lead.

Pittsburg State fired right back with four runs in the sixth to regain the lead at 5-3. A pair of doubles plated three runs in the inning and a wild pitch caused the other run.

Fort Hays State pulled back into the lead with three more runs in the seventh on a Dayton Pomeroy solo home run and a two-RBI single by Nick Hammeke. Cort Lesmeister was responsible for all three runs in the inning, even though reliever Ty Rowe allowed the go-ahead hit to Hammeke.

Ramberg reached the end of his day when he allowed a double to open the PSU eighth. He allowed six runs over his seven innings of work with four strikeouts. He surrendered nine hits and two walks.

Clayton Basgall entered in relief and could not hold on to the lead allowing a single, then sacrifice fly that tied the game. A single and walk loaded the bases and then he hit a batter, putting PSU in the lead for the third time and for good. A groundout RBI capped the three-run inning for the Gorillas.

Rowe shut down the Tigers the rest of the way, retiring the side in order in the eighth and ninth, picking up his fifth win of the season. He retired the final seven batters he faced following the Hammeke two-RBI single in the seventh. Basgall took the loss moving to 0-3 on the season.