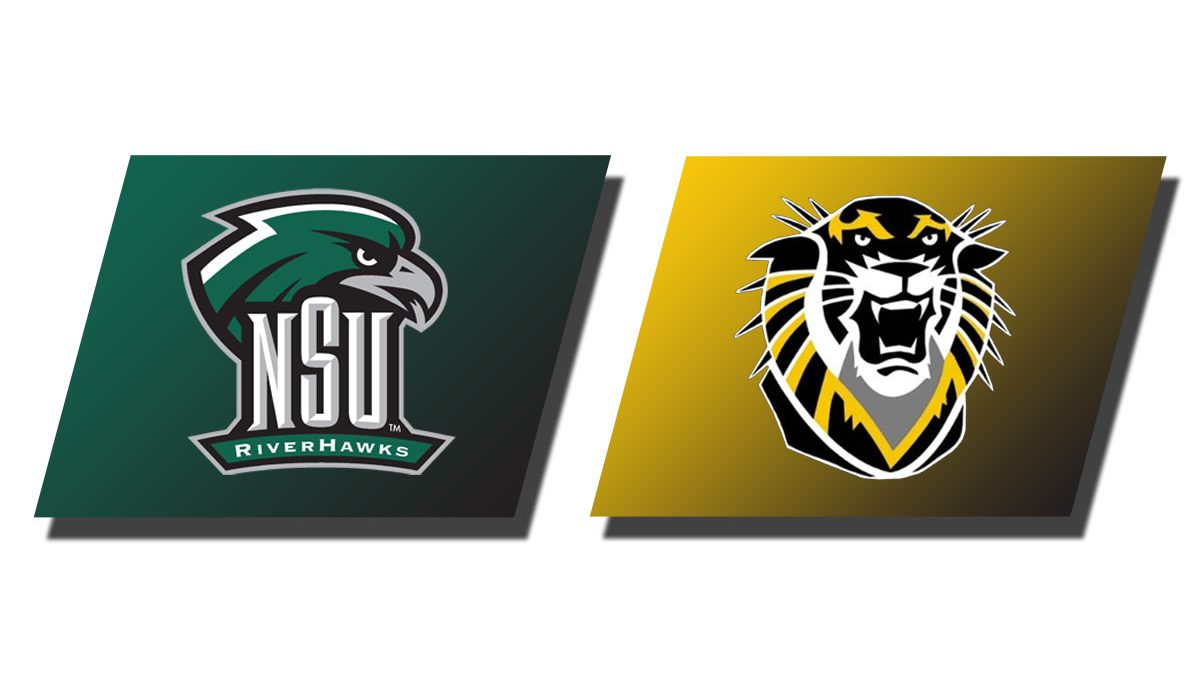 HAYS – Fort Hays State led for nearly 90 percent of the game, but used a 7-0 run late to hold off a pesky Northeastern State squad in the opening round of the MIAA Tournament Monday night (Feb. 27). The No. 5 seeded Tigers won 61-53 over the No. 12 seeded RiverHawks, moving to 18-10 overall on the season. The RiverHawks concluded their season at 5-23 overall.

Both teams shot the ball well early, but continually cooled throughout the remainder of the game. With NSU up 14-13, the Tigers started an 8-0 run at the 12:48 mark of the first half capped by a Rob Davis 3-point field goal to take a seven-point lead. But NSU countered with a 7-0 run and tied the game at 21-21. The Tigers used a 6-0 run to get back in front by six, but NSU countered with a 9-2 run to take a 30-29 lead with under a minute to go. Davis buried a deep 3-point field goal to give the Tigers the lead back at halftime, 32-30.

The Tigers struggled to get separation from the RiverHawks the entire second half, never leading by more than five until the final two minutes of the game. NSU gained the lead once at the 8:08 mark, but a Trey O’Neil 3-point field goal gave the Tigers the lead back.

Tied 48-48 with 3:35 to play, the Tigers went on a 7-0 run triggered by a pair of baskets in low from JaQuan Smith. A Hadley Gillum jumper pushed the margin past five for the first time in the second half with 1:37 to play. The Tigers hit 6-of-8 free-throw attempts in the final minute to pull away as NSU struggled to hit shots down the stretch. The final margin settled at eight with the largest lead being nine for the Tigers with 19 seconds remaining. It was the largest lead of the entire game.

Gillum reached the 20-point mark for the fourth straight game, producing his sixth double-double of the season with 21 points and 12 rebounds. Davis and O’Neil each had 12 points, both hitting three 3-point field goals in the game. Smith finished with 10 points.

Tanner Mouse was the only NSU player to finish in double figures scoring with 14 points. Cameron Martin was just shy with nine points.

Fort Hays State moves on to the quarterfinals at Municipal Auditorium in Kansas City, where it takes on No. 4 seed Missouri Southern at 8:30 pm Thursday (Mar. 2). FHSU and MSSU tied for fourth place in the MIAA regular season standings, each going 11-8.