Tigers grind out battle in Tahlequah behind double-double from Vitztum 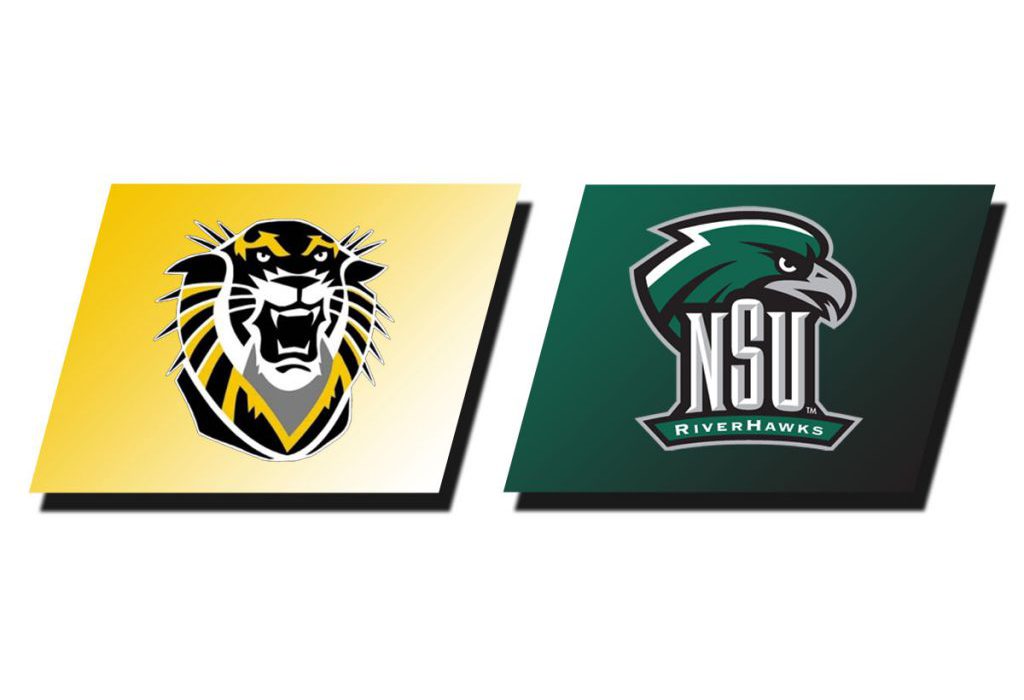 TAHLEQUAH, Okla. – Fort Hays State used a late burst to pull away from Northeastern State in a defensive battle on Saturday afternoon at the NSU Event Center, winning 59-53. Tied with 4:30 to go, the Tigers outscored the RiverHawks 15-9 down the stretch to pull out another big road win. Jared Vitztum led the Tigers with 24 points and 12 rebounds, his sixth double-double performance of the season.

Fort Hays State opened the second half on a 9-0 run, holding NSU scoreless over the first 5:50 to build a 32-24 lead. But the RiverHawks slowly crept back and eventually tied the game 44-44 at the 4:52 mark on a transition layup. After the final media break at 4:30 remaining on the clock, the Tigers dug their heels and went on an 11-2 run to build a 55-46 lead with 45 seconds remaining. The Tigers did enough at the free-throw line late to put the game away from that point.

Kaleb Hammeke was the only Tiger other than Vitztum to reach double figures in scoring with 10 points. Bjarni Jonsson added eight points, his most since a 17-point effort in the season opener against Arkansas Tech. Nyjee Wright and Hammeke led the Tigers with three assists each.

Emeka Obukwelu led the RiverHawks with 13 points, followed by Christian Cook with 12. Rashad Perkins had eight points and nine rebounds off the bench for NSU.

The Tigers clamped down on the RiverHawks after halftime, holding them to just 31 percent shooting from the field. Each team hit just two 3-point field goals, and FHSU barely outshot NSU by percentage overall, 38.5 percent to 37.3. FHSU made one more field goal in the game than NSU and held a 17-13 advantage in made free throws. With the win, FHSU moved into a second-place tie in the MIAA standings with Central Oklahoma.

The Tigers moved back into the national lead for scoring defense in NCAA Division II, seeing their points allowed per game drop slightly from 56.0 to 55.7. West Alabama saw its average elevate from 55.5 to 56.5 after allowing 68 in its contest on Friday. FHSU, West Alabama, and Lubbock Christian are the only three schools allowing fewer than 60 points per game on average this season.

Fort Hays State continues its road trip to Oklahoma at Rogers State on Monday evening in another MIAA contest. Tipoff is set for 6 pm in Claremore, which follows the women’s contest at 4 pm. Rogers State moved to 8-5 overall and 2-5 in the MIAA with a win over Nebraska-Kearney on Saturday afternoon.