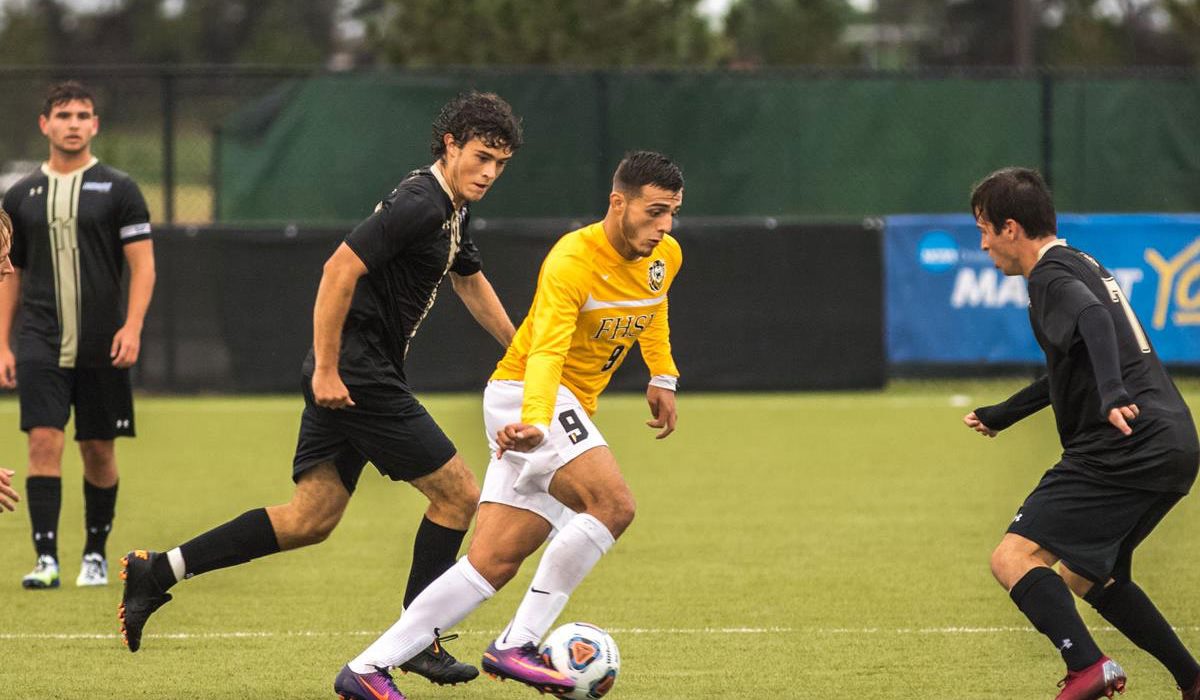 HAYS – The Fort Hays State men’s soccer team staved off a second half comeback effort from Lindenwood, defeating the Lions 2-1 on a frigid and rain-soaked afternoon in Hays on Sunday (Oct. 7). The No. 14 ranked Tigers improved to 9-2-1 overall and 4-0 in the MIAA, while the Lions dipped to 5-4-2 on the season and 1-2-1 in conference play.

The Tigers collected their sixth-consecutive victory on the heels of Santiago Agudelo and Rogelio Lopez. Agudelo connected on the first score for the Tigers at the 4:34 mark in the first half. Agudelo recorded his team-leading 14th goal of the season with an assist from Moritz Walther.

Lindenwood outshot FHSU in the first half 8-4. The Tigers held their 1-0 edge heading into the break.

In the 56th minute, Rogelio Lopez took a centering pass from Santiago Agudelo and recorded his fourth score of the season, as Agudelo picked up his fifth assist on the year. The Lions made things interesting as they cut the Tiger lead in half with a goal in the 72nd minute after a rebound from a blocked shot by FHSU, beating Fernando Pina into the back of the net.

The aggressive nature between the two squads was apparent as they combined for 35 fouls and five yellow cards in the match. Lindenwood held the advantage in shots as they struck the ball towards the net 13 times, including six on goal. Fort Hays State took 12 shots, with five of those on frame.

Fernando Pina earned the victory in goal for FHSU, improving his overall record to 4-0-1 in the process. Pina allowed just his fifth goal of the season. Santiago Agudelo led the Tiger offense with three total points (one goal and one assist) and eight shots in the match, three of which were on frame.

The Tigers are back in action next weekend as they continue their MIAA home stand by welcoming the Southwest Baptist Bearcats to town on Friday (Oct. 12) before hosting 17th-ranked Northeastern State on Sunday (Oct. 14). Kickoff against the Bearcats is slated for 7 p.m. while the contest against the RiverHawks is set to commence at 1 p.m.