Tigers overpower Lions in first half in season opening win 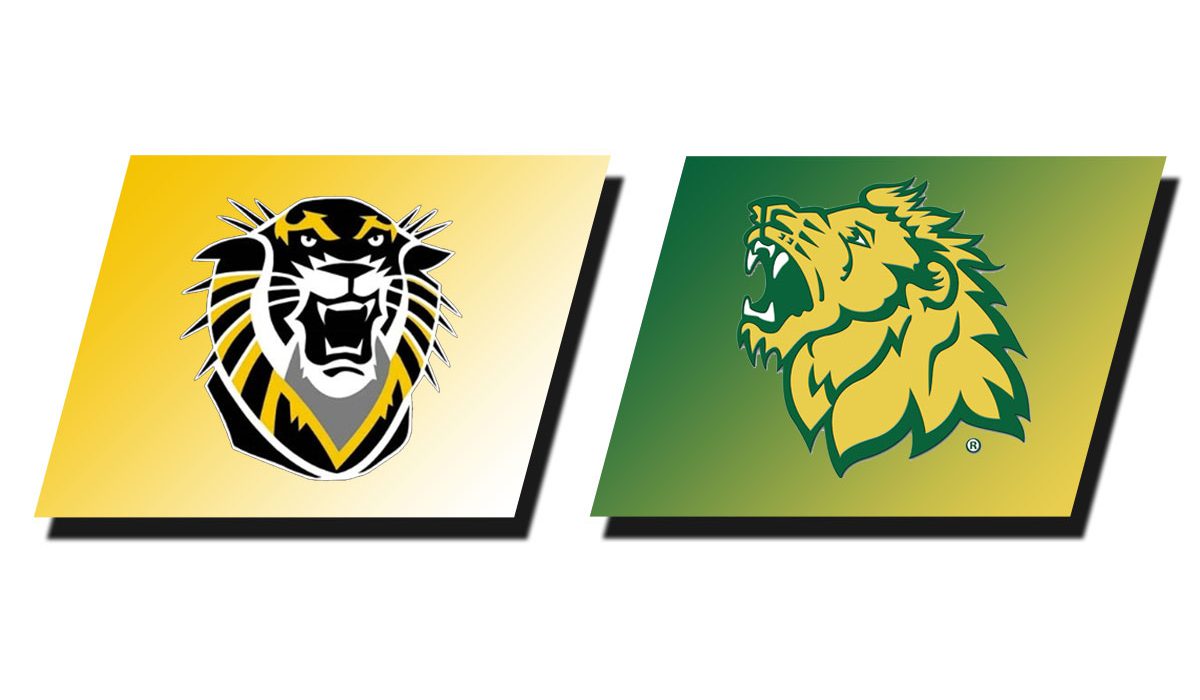 JOPLIN, Mo. – Fort Hays State’s offense clicked on all cylinders on the first half of the season opener at Missouri Southern, leading to a 48-7 win. The Tigers ran their win streak over the Lions to five games by using a 41-point first half to run away with the game early.

The Tigers generated 305 yards of total offense in the first half with Jacob Mezera throwing for 213 yards and running backs Kenneth Iheme and Charles Tigner combined for just shy of 100 yards. That helped the Tigers build a substantial 41-7 lead by halftime. Mezera made good use of his receiving resources, finding five receivers for two or more receptions in the first half and completing 17-of-22 attempts. Layne Bieberle led the Tigers in first half receiving yards with 64, while Harley Hazlett and Monterio Burchfield each had touchdown receptions.

Fort Hays State also benefitted from several MSSU miscues to build the big lead. A poor punt deep in Lion territory set up a short field allowing Brandon Brown to convert a 39-yard field goal, putting FHSU up 10-0 in the first quarter. Missouri Southern chose to go for it on 4th-and-1 at the FHSU 26 and Kolt Trachsel had a tackle for loss that turned the ball over on downs. FHSU marched down field again and Brown converted another field goal from 36 yards to make it 13-0.

In the second quarter, a short kickoff by Brown was mishandled and recovered by the Tigers at the MSSU 41-yard line. Eventually Mezera found Burchfield from 10 yards out to push the Tiger lead to 27-0. The Lions then fumbled away a ball on their 22 yard line, giving the Tigers another short field as Kenneth Iheme scampered six yards to pay dirt, making it 34-7. The capper for the first half scoring was a bad snap on a punt that Jeron Caraway scooped and went 10 yards for another touchdown, making it 41-7 with under a minute to play before the half.

Mezera went on to complete 21-of-29 passes for a total of 245 yards. The big lead allowed Jacoby Williams to get reps at quarterback, and he did not disappoint completing 6-of-7 attempts for 80 yards. Williams found Andrew Jay from six yards out for the only Tiger touchdown of the second half. But another big offensive half was not necessary as the Tiger defense posted a second half shutout and limited the Lions to just 225 yards of total offense in the game. Connor Shedeed led the Tiger tackling effort, finishing with eight for the game, followed by Tevin Evans with seven.

Tiger quarterbacks distributed the ball to several targets as a total of 10 players recorded receptions for the Tigers. Bieberle finished with a team-best six receptions and 83 yards. Iheme was the top rusher with 68 yards on 14 carries. Isaiah Blackmon got plenty of reps in the second half and churned out 53 yards on the ground. Overall, the Tigers finished with 487 yards of total offense.

Shemar Coleman was the top rusher for the Lions with 51 yards, while Dante Vandeven threw for 138 yards. Alexander Wade was the top tackler for MSSU with 10, while Roc Robbins recorded two sacks.

The Tigers look to carry their momentum into the first home game of the season next week when they take on No. 21 ranked Central Missouri. The Mules edged Pittsburg State in the first week of play, so it will be a battle of unbeaten teams in Hays next Thursday (Sept. 7) at 7 pm.