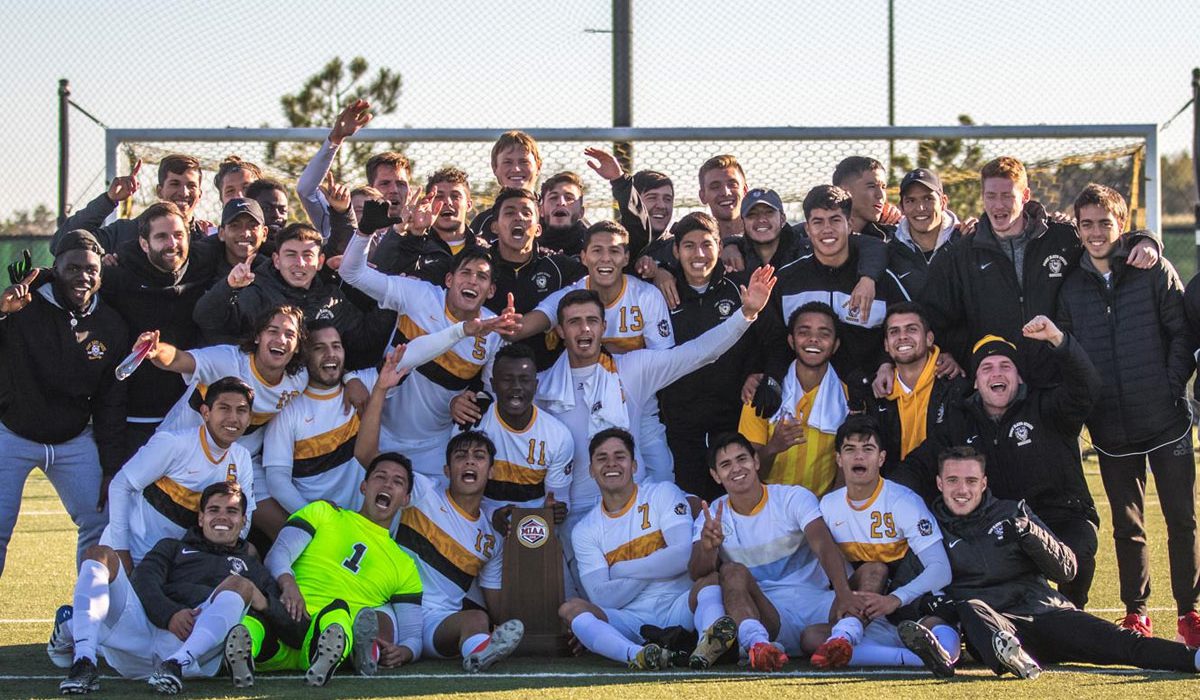 HAYS – The No. 14 ranked Fort Hays State men’s soccer team earned their second-consecutive MIAA Championship with a 1-0 golden-goal victory from the foot of sophomore Moritz Walther on a penalty kick in the first overtime period, downing No. 18 ranked Northeastern State on Monday (Oct. 15). The Tigers improved to 11-2-1 overall and 6-0 in conference play, while the RiverHawks dipped to 9-2-1 on the season and 2-2-1 in MIAA play. With the victory, the Tigers mathematically eliminated the other four MIAA programs from contention for the title with two conference matches yet to play.

In a match of two teams that sat among the top three for scoring offense in the nation, neither team was able to create many scoring opportunities in the first period. The first shot of the match came at the 12:38 mark, from NSU defender Ben Watson. The Tigers were able to create a few scoring chances with five corner kicks in the first 45 minutes of play.

Heading into intermission scoreless, the Tigers outshot the RiverHawks 6-1. Alonso Rodriguez led FHSU with two shot attempts at the break. The second half was much of the same, however, the Tigers held an 8-0 edge in shots. FHSU could not take advantage of those attempts with the stifling defense of Northeastern State. Not even 90 minutes would decide a winner between conference foes.

At the 92:22 mark in the first overtime period, RiverHawk defender James Doyle was awarded his second yellow card of the match after tackling Sergio Villalba in the box. Doyle was immediately ejected and the Tigers were awarded a penalty kick. Moritz Walther took the penalty kick and outdueled the NSU goalkeeper to the right of the net and won the match on a golden goal. This was Walther’s second score of the season.

Fort Hays State earned their second-consecutive MIAA title with the victory, with two conference games to spare. Fernando Pina earned the win in goal for the Tigers, improving his overall record to 5-0-1 on the season. Santiago Agudelo led the offensive side for the Tigers, with four shots in the match, including three on frame. Villalba, Walther and Rodriguez each took three shots in the contest. The Tigers outshot the RiverHawks 15-1 in the match.

The Tigers are back in action on Sunday (Oct. 21) as they travel north to Bismarck, N.D. to battle University of Mary for a non-conference tilt. Kickoff against the Marauders is slated for 3:30 p.m.