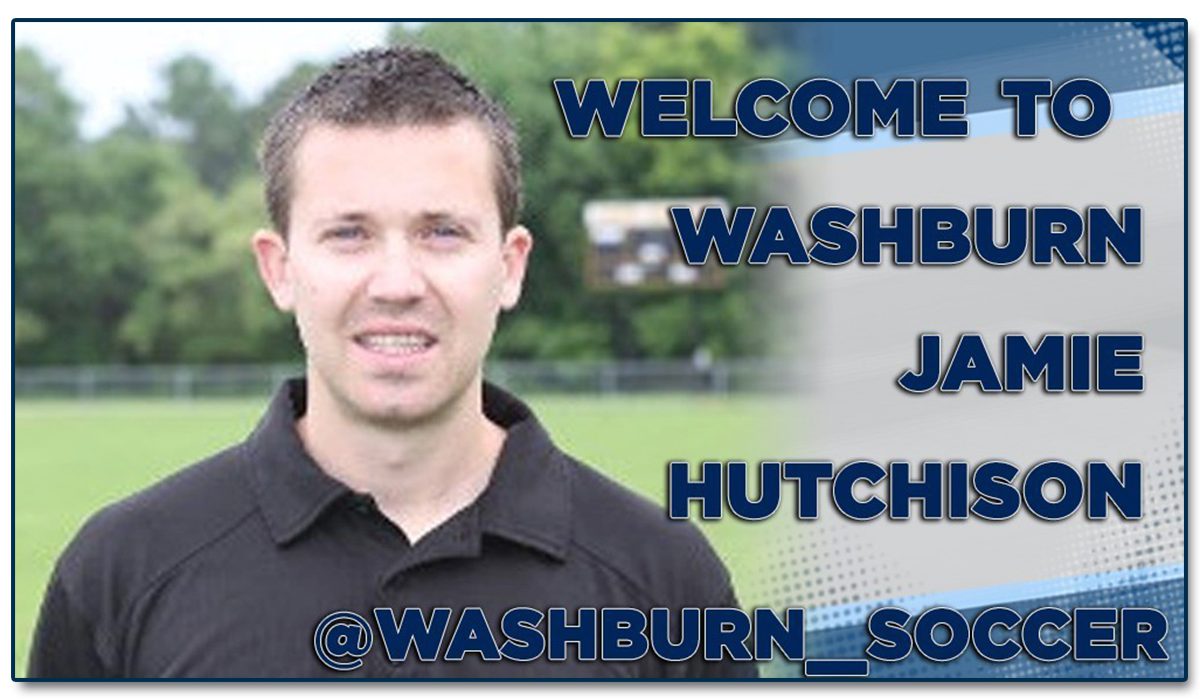 TOPEKA, Kan. – Washburn Director of Athletics Loren Ferré has announced Jamie Hutchison as the third head coach in the Ichabod soccer program’s history. Hutchison spent the last two seasons as the head coach at NCAA Division I Arkansas-Pine Bluff. His first day in the office will be Feb. 10 and an introductory press conference will be held the following week.

“We are excited to have Jamie as our new soccer coach,” Ferré said. “He has a wide-range of experiences and has been successful at the Division I, Division II and Junior College levels and he has great passion for the game. We are looking forward to him leading our program.”

In two seasons at UAPB, Hutchison led the Golden Lions to a 16-17-2 overall record improving from 7-9-1 in his first season in 2015 to a 9-8-1 mark in 2016 culminating in the Southwest Athletic Conference postseason championship game. While at UAPB, he coached three all-SWAC selections in 2016 and in 2015 he mentored the conference’s freshman of the year.

“I’m very excited to be joining the Washburn family as the next head women’s soccer coach. The combination of strong academic programs, high-level facilities and a competitive environment make Washburn a special place. I want to thank Loren Ferré and the rest of the hiring committee for providing me the opportunity to build the Washburn women’s soccer program into a national powerhouse.”

Prior to his arrival, the Golden Lions finished 2-17-0 with a 10th- place finish in the SWAC leading the team to its first winning season since 2011.

His teams at Otero also competed in the classroom finishing with a 3.1 GPA ranking 19th in the nation in 2013 as three student athletes received the NJCAA Superior Academic Excellence Award after recording a GPA in the 3.8 to 3.9 range.

Hutchison move to the collegiate ranks in August of 2013 when he was named assistant men’s and women’s soccer coach at Salem International University in Salem, West Va., where his duties included recruiting, equipment manager, scheduling and working with goalkeepers.

A native of the United Kingdom, he spent the 2009 season as the assistant men’s coach at Bromley College helping the team to a regional title.

From 2008-09, he was the head coach at his alma mater at Bucks New University earning a 2B Division Championship. While at Bucks, he was part of the Profession Youth and Community Coach at the Chelsea Football Club working with player’s ages six through eight.

He has an A national coaching license as well as his goalkeeper license, both from the USSF and his NSCAA Premier License and was tabbed as a NSCAA “30 Under 30” in the coaching world.