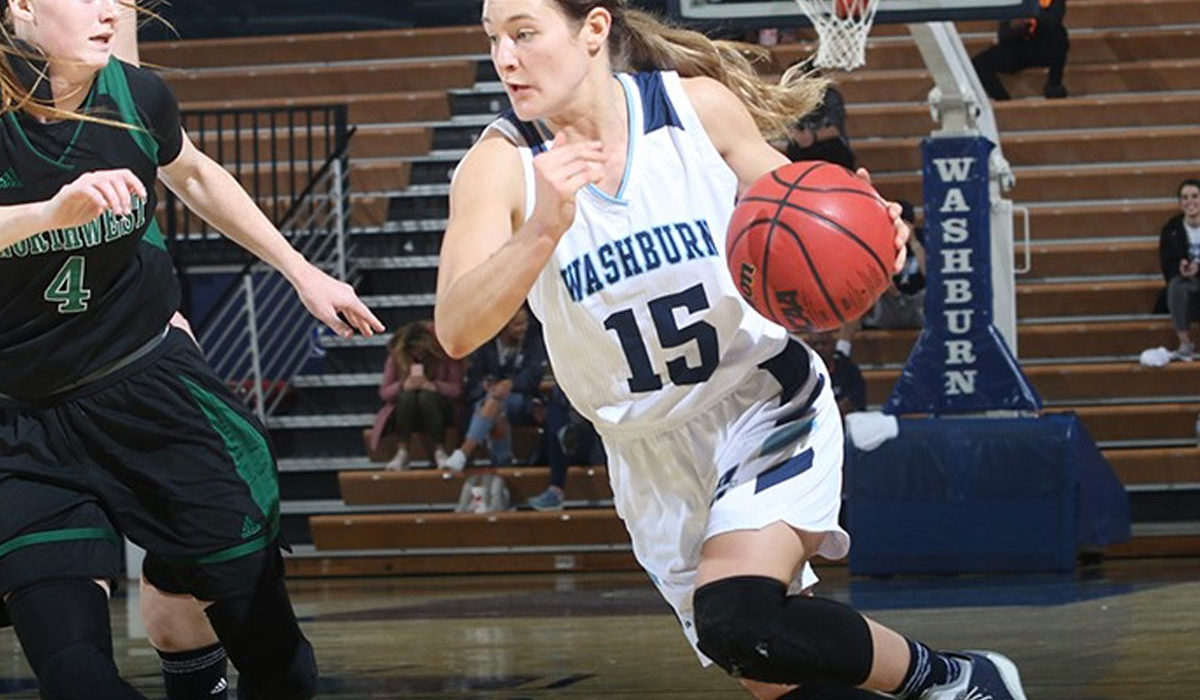 LAKE MARY, Fla. – For the second consecutive summer, Washburn women’s basketball will be represented in Brazil as rising senior Alexis McAfee accepted an invitation to join the 2019 USA Sports D-2 women’s basketball team that will tour the South American nation for 10 days.

During the trip, McAfee and her teammates will play a four-game schedule against professional clubs in the cities of Jundiai, São Paulo and Rio de Janerio between the dates of July 22-31. The team will begin their trip in Orlando, Florida with team orientation before departing for São Paulo.

“I’m looking forward to the experience of playing against teams from a different country. I know basketball styles can be very different depending where you go, so I’m really interested to  see what is like,” McAfee said. “I’m also excited to meet my teammates and getting to know them and have some fun.

“This is an outstanding opportunity for her to play a different style game with different teammates and coaches and play the game she loves, is an overall huge positive.”

“I’m not looking for her to work on anything specific,” McHenry said. “Lex is a great kid who works hard, she’s been here awhile and she understands what we expect and this will help her do that. The only thing I want, is for her to have fun and enjoy the trip, because that’s what it’s all about. I know she’ll put an emphasis on playing, but enjoying the experience and seeing new things is what I hope she gets most.”

While visiting the Portuguese speaking nation, McAfee and her new team will experience educational, cultural and social aspects of Brazilian life through visits of schools and various sporting clubs. They will also have opportunities to enjoy the sights as they are scheduled to visit world famous landmarks such as Sugar Loaf Mountain, Christ the Redeemer and Copacabana Beach.

For the native of Sabetha, Kansas, this will be her first trip outside the borders of the United States.

“I’m really excited. I’ve always wanted to travel and see the world, so when I got my passport in the mail it was just a really cool and awesome feeling,” she said with a smile.

McAfee, who will be the second Ichabods women’s hoops representative in as many years, follows teammate Reagan Phelan who made the trip last summer. While this is opportunity to live out a dream and see a new country, McAfee is also cognizant of the uniqueness that this journey holds.

“I’ve talked to Reagan about the trip has been really interesting and has made me more excited and realize how special this opportunity is, because I know not everyone is able to travel, let alone represent the U.S.,” McAfee said. “Wearing our country’s colors will mean a lot, but will definitely be fun and exciting. Having the chance to represent this country and even Washburn, will joining forces will others from the Midwest will be a great experience.”

All-in-all, this is another well-deserved honor for McAfee who hauled in All-MIAA accolades during the 2018-19 campaign, finishing the season listed among the MIAA Top 10 as she registered career-highs in steals (3rd/59), assists (10th/89) and assist per contest (10th/3.0).

The 5-foot-8 guard averaged average 9.2 points per game last season as she tallied double-figure points 14 times. McAfee shot .392 (100-255) from the field, .766 (49-64) from the charity stripe and started all 30 games for the Ichabods, helping the team post 20-wins for the second-straight year and advance to the MIAA Tournament semifinals for the first time since 2013.

McAfee will be led by a familiar face in Missouri Southern head coach, Ronnie Ressel. Other MIAA representation in the lineup will include Madi Stokes and Layne Skiles of Missouri Southern as well as Central Missouri’s Kim Crown. The balance of the squad are representatives from the Northern Sun (NSIC) members.

For updates of McAfee’s Brazil journey, be sure to follow @IchabodWBB and @wusports on Instagram for occasional updates.