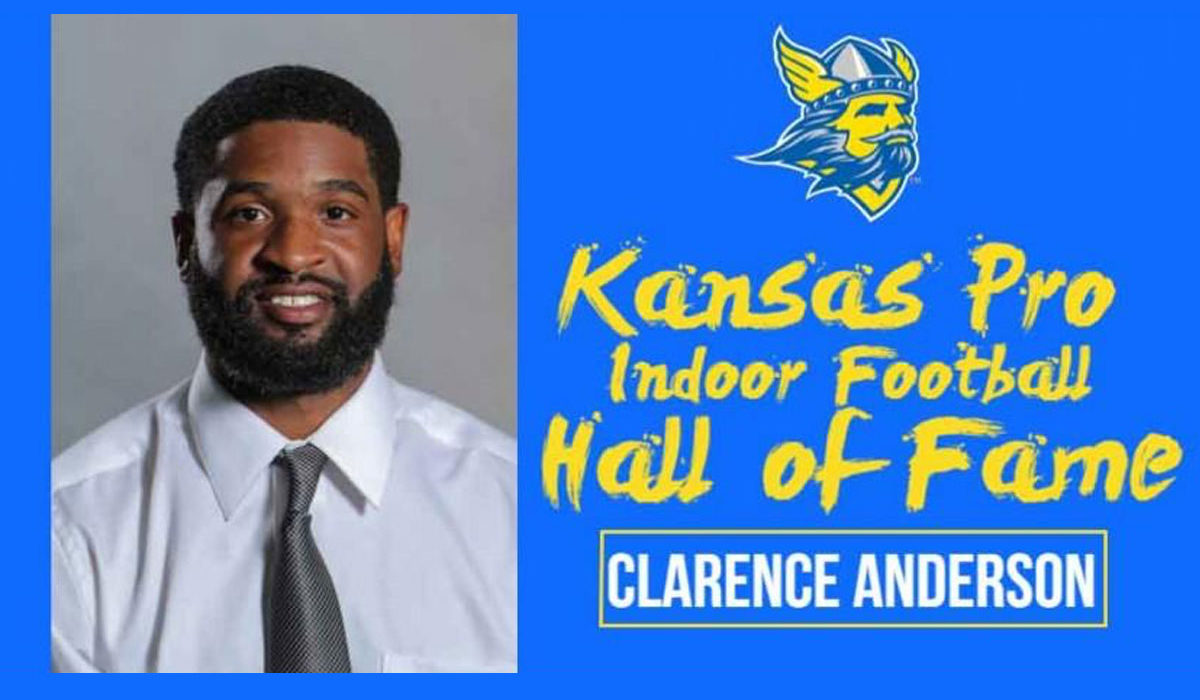 LINDSBORG – Swedes football passing game coordinator, Clarence Anderson, has been selected for induction into the Kansas Pro Indoor Football Hall of Fame, which is sponsored by the Wichita Sports Hall of Fame and Museum. Anderson spent three seasons (2015, 2016, 2017) with the Wichita Force of the Champions Indoor Football League.

“I am very honored to be inducted into the Kansas Pro Indoor Football Hall of Fame”, said Anderson. “This would not have been possible without my great teammates and coaches! My experience was amazing thanks to the family and the fans who always supported the team! The greatest part of it all is my family was able to watch us win a championship in 2016!”

Anderson was a four-year letterman on the football field at fellow KCAC school, Ottawa University. He was a two-time NAIA AFCA All-American, and a three-time First Team All-KCAC selection. Anderson finished his four-year career at OU with 4,329 receiving yards, 635 punt return yards, 1,762 kick return yards, and 73 yards rushing. He had 279 career receptions, averaged 15.5 yards per reception, 111 receiving yards per game, and had 49 receiving touchdowns.

Anderson played football overseas in Poland, and played for the Wichita Force of the CIF before retiring in the spring of 2017. After spending two seasons as a graduate assistant coach at Ottawa University, Anderson is now the passing game coordinator at Bethany College.