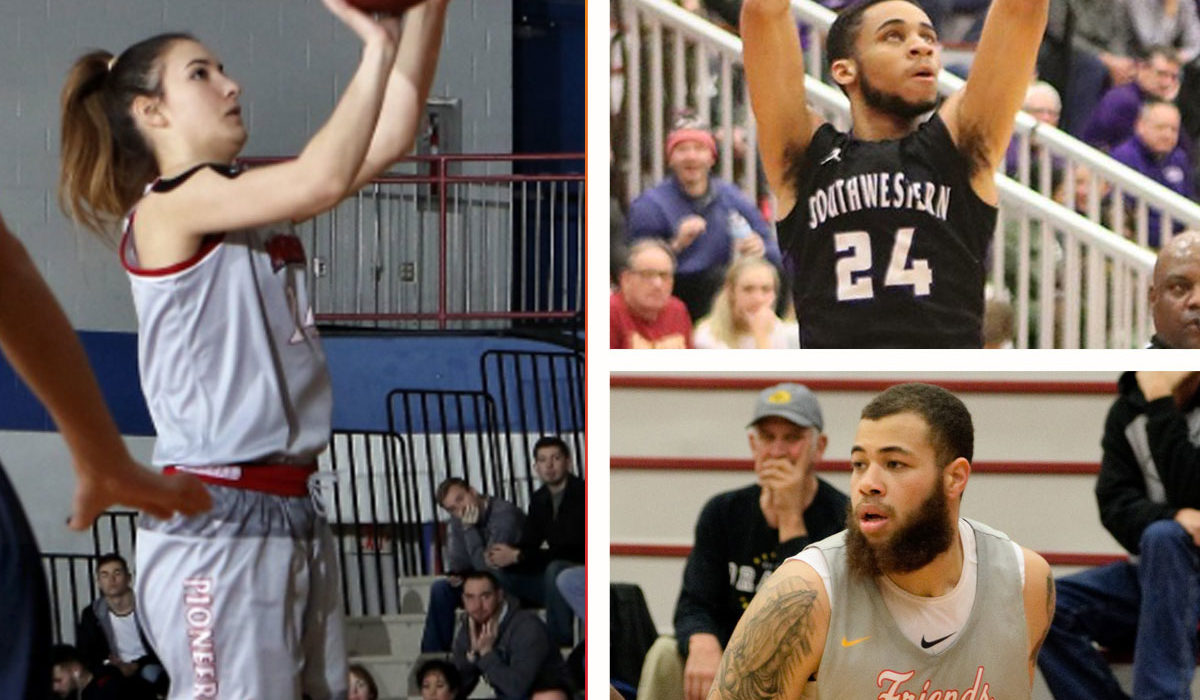 Jovovic is closing her career on a strong note, twice upping her high-point mark. She scored 29 in a win at Baker and then 31 in the next game, a win over Clarke. The Pioneers went 2-0 on the week and Jovovic averaged 30.0 points and 7.5 rebounds, while shooting 8-for-8 from the free throw line.

Hunt is the leading scorer in the KCAC and currently second in the NAIA’s Division II and showed it again last week. He filled out quite a stat line for the Moundbuilders, who beat Sterling but lost to No. 1 Oklahoma Wesleyan, averaging 36.0 points, 9.0 assists, 7.0 rebounds, 1.5 steals and 0.5 blocks in two games. Hunt did his part in the close loss to the top-ranked Eagles, so close to a triple-double logging 40 points, 11 assists and nine rebounds.

Murdock also nearly recorded a triple-double in the Falcon’s regular season finale. The senior put up an impressive 35 points to go with nine boards and eight assists, leading his team to a win over Avila. Friends came up just short earlier in the week in an overtime loss at Bethel, in which Murdock (third in the NAIA Div. II in scoring) logged 27 points and seven rebounds, putting his average at 31.0 ppg and 8.0 rpg for the week.