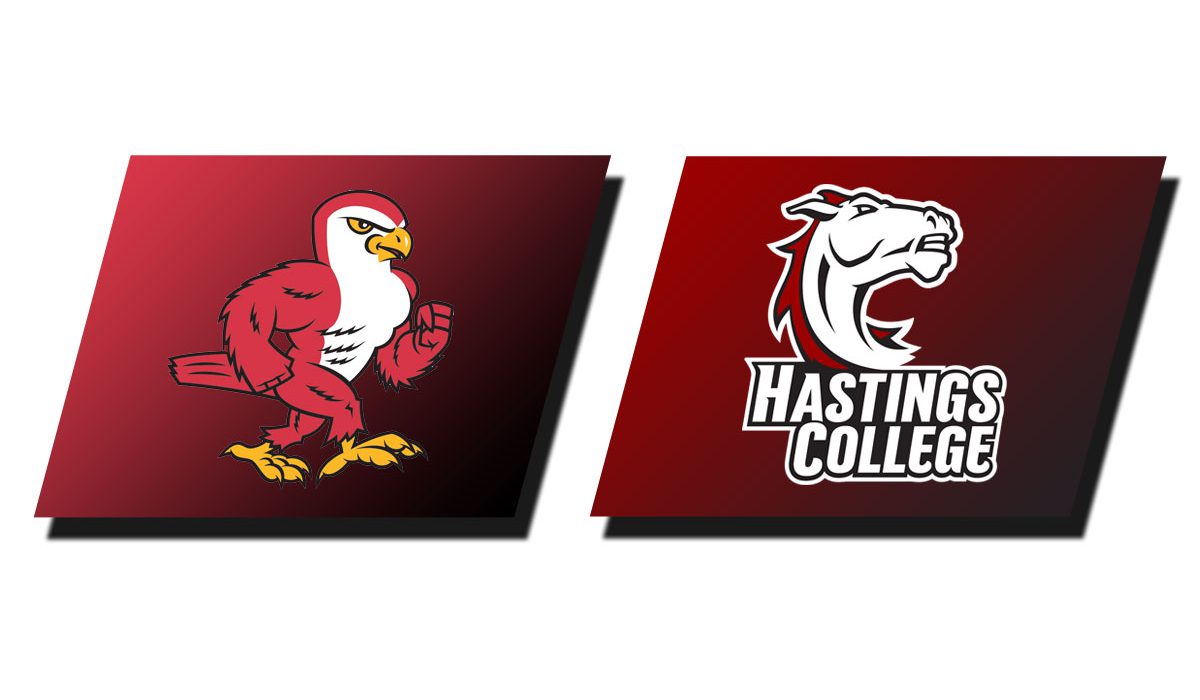 York, Neb. – Just hours after being named to the KCAC Men’s Basketball Preseason Team, senior Jordan Murdock (SR/Wichita, Kan.) powered the Friends University Falcons to an 86-72 season-opening victory over the Hastings College Broncos on Friday at the York Tip-Off Classic in York, Neb.

Following a season that featured a league-high 19 double-doubles, Murdock picked up where he left off with game-high totals of 32 points and 13 rebounds to lead the Falcons’ charge.

“It was a nice win against a quality opponent on opening night,” Friends head coach Dale Faber said. “We battled a ton of foul issues and still got it done.”

A decisive stretch occurred when Murdock capped an 8-0 spurt with a three-point play that stretched a three-point edge into a double-digit lead of 71-60 with 7:17 remaining.

With the lead standing at 76-68, James Conley (JR/Derby, Kan. ) put it away by drilling a three that finished a run of seven straight points for Friends and built the lead to 83-68 with 2:33 left.

Murdock scored 24 of his 32 points in the opening half, including 11 points within the first nine minutes to help the Falcons build a 22-12 lead.

The Broncos then got going, outscoring the Falcons 19-2 over the next six minutes to go up 31-24.

But the Falcons answered the Broncos’ push with a burst of their own, going on a 16-1 run to go back up by eight at the 3:13 mark of the first half.

Hastings twice clawed back within two down the stretch before the Falcons settled for a 45-42 lead at the break.

Murdock shot 10-of-22 overall from the field, hitting 4-of-10 from three-point distance and 8-of-12 at the foul line in scoring his game-high 32 points. He also dished out a team-best five assists and recorded four steals.

Playing in his first career game with the Falcons, Conley, a junior transfer from Oral Roberts University, scored 16 points along with six rebounds and four assists.

Zion Fralin (SO/Wichita, Kan. ) also scored in double-figures for the Falcons with 13 points.

Bart Hiscock led the Broncos with a double-double of 19 points and 10 rebounds, with Kevin Miller adding 18 points.

After the Broncos shot 41.9 percent (13-of-31) from the field in the first half, the Falcons tightened the screws and limited Hastings to only 33.3 percent (10-of-30) overall and 1-of-14 from the perimeter in the second stanza.

The Falcons will continue action at the York Tip-Off Classic tomorrow with a matchup against No. 14-ranked Bellevue (Neb.) tomorrow afternoon (Oct. 27) at 3 pm.

“Hopefully as a team we gained confidence in ourselves,” Faber said. “We got No. 14-ranked Bellevue tomorrow, so not much time to enjoy. Got to rest and get ready!”