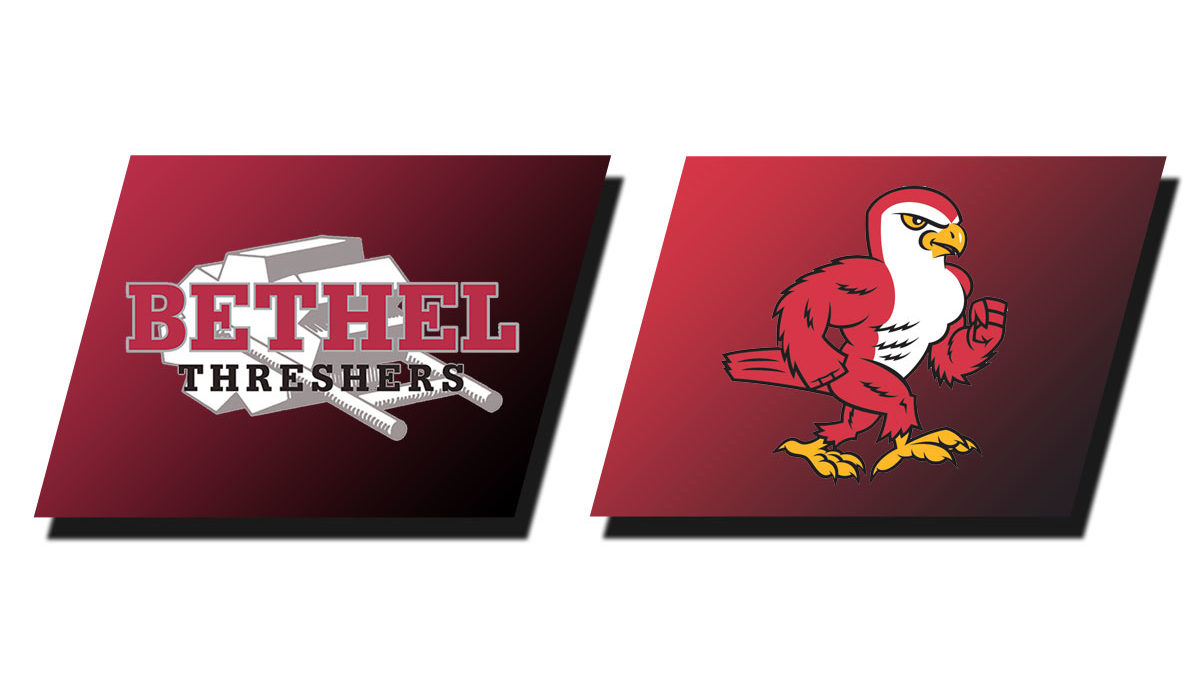 WICHITA – Jordan Murdock (SR/Wichita, Kan.) came up just two assists shy of a triple-double in finishing with 30 points, 13 rebounds and eight assists to lead the (RV) Friends University Falcons to their eighth straight victory, 88-65 tonight (Jan. 5) over the Bethel College Threshers inside the Garvey Center.

The Falcons never trailed and are now 12-4 overall and in sole possession of third place in the KCAC with an 8-3 league mark.

“I thought we played so well in spurts but I was a little disappointed as we got in our own way in spurts also,” Friends head coach Dale Faber said. “Defensively we made mistakes, but we put ourselves in tough situations by getting a little loose on the offensive end.”

There was ever little doubt about tonight’s outcome, as the Falcons stormed out of the gate with the first seven points of the game and pushed the lead to double-figures when a three by James Conley (JR/Derby, Kan. ) made it 21-9 near the midway point of the opening half.

Poe Bryant helped the Threshers claw back slightly by scoring seven points to spark a 10-3 run and cut the deficit to 39-21 at the 3:49 mark.

Any drama remaining was quickly vanquished as threes by Air Cherne and Luke Evans (FR/Wichita, Kan. ) opened the second half and began a 16-4 run during the first six minutes to balloon the lead up to 28.

With the lead at 60-34, Murdock scored nine straight for the Falcons and a three by Anthoney Collins (SO/Wichita, Kan. ) helped hike the lead up to the biggest of the night, 72-42 with 9:29 left.

Murdock was efficient offensively, shooting 12-of-19 overall in scoring his game-high 30 points.

Conley scored 16 and Vaughn finished with 11 points. Evans wound up with 10 points for the Falcons.

“Jordan just barely missed a triple double and had a typical night for him,” Faber said. “We really got a boost of energy in the first half from Tate Vang (SO/Goddard, Kan. ). Vernon got himself involved on both ends also.”

Jaylon Scott had a double-double of 13 points and 10 rebounds to lead the Threshers and Bryant wound up with 11 points.

The Falcons stifled the Threshers into only 37.5 percent (24-of-64) overall from the field, including only a 31.3 percent clip (10-of-32) in the first half to take control of the game early.

“As a team I think we know we need to put 40 minutes together on both ends, but I am impressed with how we are handling the preparation side of things,” Faber said. “We need to step up and excel in all toughness areas and this will help us as we continue to try to improve.”

The Falcons will now have a quick turnaround, hosting Avila University Monday night (Jan. 7) starting at 8 pm inside the Garvey Center.

“No rest as Avila rolls in Monday night and they have three guys 6’6 through 6’9 who didn’t play during the first semester,” Faber said. “They are a completely different team with size now added to a tremendous scoring duo on the perimeter.”