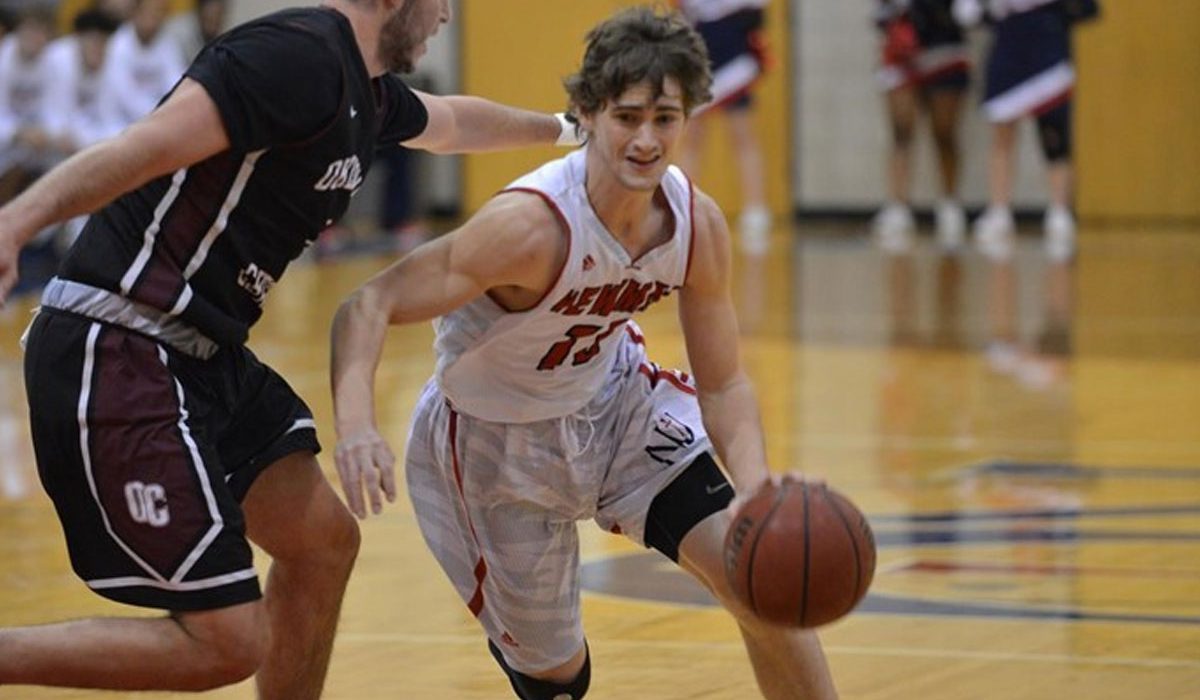 WICHITA — A monumental comeback effort from the Newman men’s basketball team forced overtime in front of a packed house at Fugate Gymnasium for coach Mark Potter’s final home game, but Texas A&M International would squeak by in the extra period for a 100-95 victory Saturday.

Down by 11 points with just 3:08 to play in regulation, the Jets (9-18, 7-11 Heartland) saw Taylor Schieber reach new heights on Senior Day, pouring in 19 of his career-high 45 points in those final minutes, including an off-balance 3-pointer to tie it with two seconds left before the Dustdevils (20-9, 13-5 Heartland) won it in overtime.

-Newman led for much of the first three minutes, as Daniel Green led things off with a layup and Daniel Nwosu Jr. added a jumper to make it 5-2. TAMIU followed that with a huge run of its own, ripping off 22 of the next 24 points in the game to take a 24-7 lead after 10 minutes.

-The amount of the Dustdevil lead varied for the rest of the half and into the second, but the Jets couldn’t quite slice a hefty chunk out of the margin, as the lead stayed in the double digits until Christian DeYoung nailed a 3-pointer to make it an eight-point game with 7:06 to play.

-TAMIU shot right back into double digits over the next few minutes, going up by 14 at 76-62 with 4:33 to play. Schieber netted a 3-pointer and a three-point play on back-to-back baskets to slice it to eight. His back-to-back treys in the final 11 seconds tied it up.

-There were only four field goals recorded in overtime, with Schieber starting if off with one to give the Jets an 86-85 lead. The Dustdevils turned the tide with a 3-pointer with 48 seconds left, and hit just enough free throws late to hold off the late charge.

-Schieber’s 45 points set a new program record in the Division II era, topping the 40 scored by Ryan Bradley in February 2008, also against TAMIU.

In a wild final day to the Heartland regular season, the Jets wound up with the No. 8 seed, and will take on No. 1 seeded Dallas Baptist Thursday evening at 5 p.m. in Tulsa, Oklahoma.