Swedes best Eagles on the road 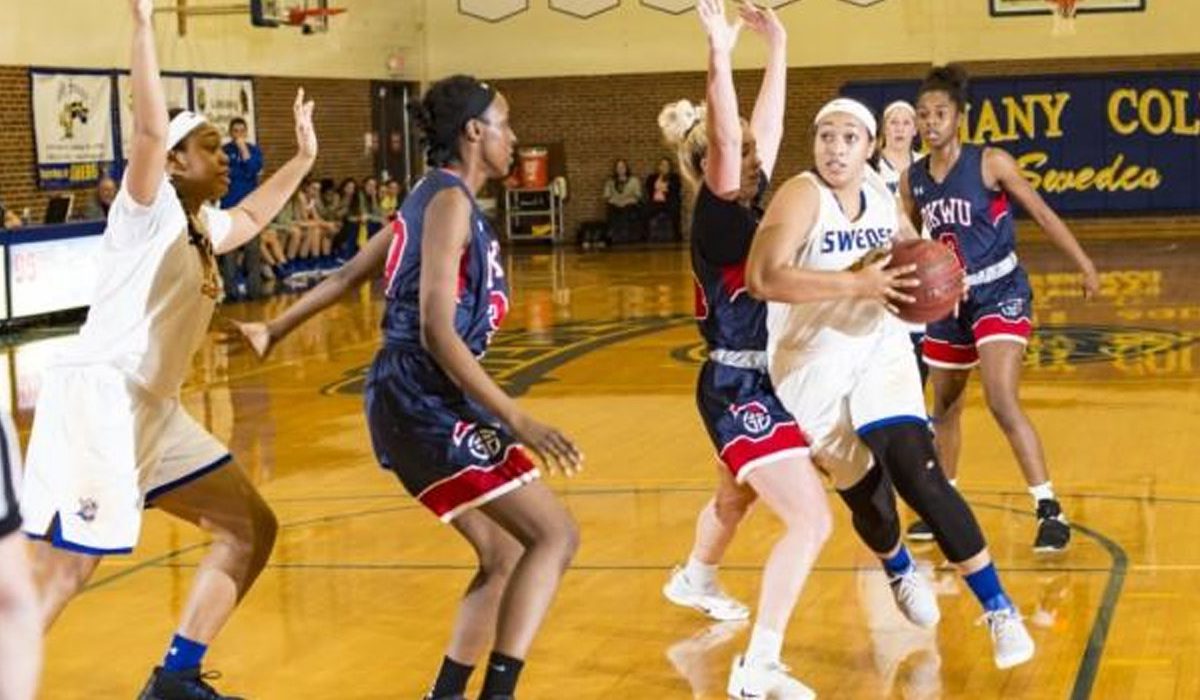 Both teams came ready to fight for tonight’s win as it was close from the start. Oklahoma Wesleyan was able to strike first as they started off their scoring on two free throws. The Swedes wasted no time in tying the game up although the Eagles quickly regained the lead. The largest lead of the first quarter was by three points held once by each team as the lead switched hands six different times with seven different ties. The second quarter continued to follow suit as the score was tied twice more with the Swedes regaining the lead and this time by five at halftime.

The Swedes continued that momentum into the second half as they immediately increased the deficit to nine and then 17 as time expired in the third quarter. Bethany’s defense was solid as they forced 13 OKWU turnovers, six of those coming in the second half as they worked to maintain their lead. The Swedes were able to control the Eagles throughout the fourth increasing the deficit to 20, the largest lead of the night and ending with an 18-point lead.

The Swede’s high scorer of the night was Samirah Miller, senior guard, who finished with 16 points. Lauren Welsch, sophomore guard, added nine for the Swedes. Welsch was the high rebounder coming up with 11 as Cassidy Enns, sophomore forward, added nine. As a team, the Swedes came away with a huge 31 defensive rebounds, 40 total.

The Swedes are set to battle the University of Saint Mary Saturday, February 10. Tipoff will be at 5:00pm.