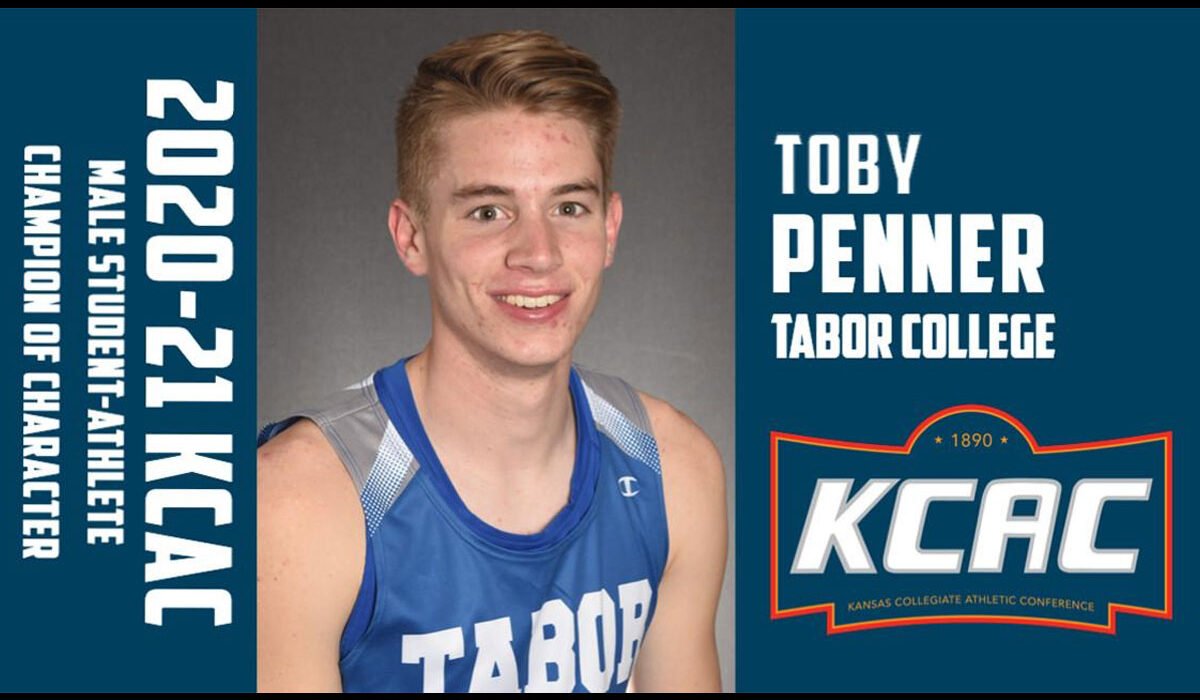 WICHITA — Toby Penner of Tabor College has been named the 2020-21 KCAC Male Student-Athlete Champion of Character, the conference office announced Thursday. All KCAC Champions of Character Awards are presented by IMA Financial Group and Dissinger Reed.

Penner, a junior from Whitewater, Kan., participates in many activities along with track & field. This year alone, he was involved in the following:

At the KCAC Indoor Championships in February, Penner placed 3rd in the 600m run, 2nd in the 800m run, and 5th in the 60m hurdles. He was also on a 4x400m relay team that finished 6th in a loaded field. At the KCAC Outdoor Championships in May, he finished 3rd in the 110m Hurdles, 1st in the 400m Hurdles, and was part of the Tabor 4x400m relay team that took fifth place. For his accomplishments on the track, Penner was named the Tabor College Male Athete of the Year for the 2020-21 school year.

“I know there are so many awesome young men in our conference, so this is big honor and I’m humbled by the decision,” Penner remarked. “I’m also grateful for the relationships I have the opportunity to make within KCAC track and field. Getting to compete with conference and national champions has been one of the highlights of my athletic career. And most of all, I am thankful that I have the opportunity to run track in college and worship Jesus through the athletic gifts he has given me.”

“Toby Penner is a fierce competitor who loves Jesus,” Dave Kroeker, head track & field coach at Tabor, said. “He trains hard, competes hard, but always has the goal to honoring his Creator. He cares deeply for others. He is humble when he wins and honors those who beat him in competition when he doesn’t come in first. He has the heart of a servant and encourages his teammates to be their best while setting for them an example of what it takes to prepare and compete with no regrets.”

“Not only is Toby a leader within the track team, but also he is a great example of leadership around the campus being involved in different organizations,” Marty Ziesemer, Athletics Director at Tabor College, remarked. “Tabor is proud of being able to showcase him as the KCAC Champion of Character recipient!”