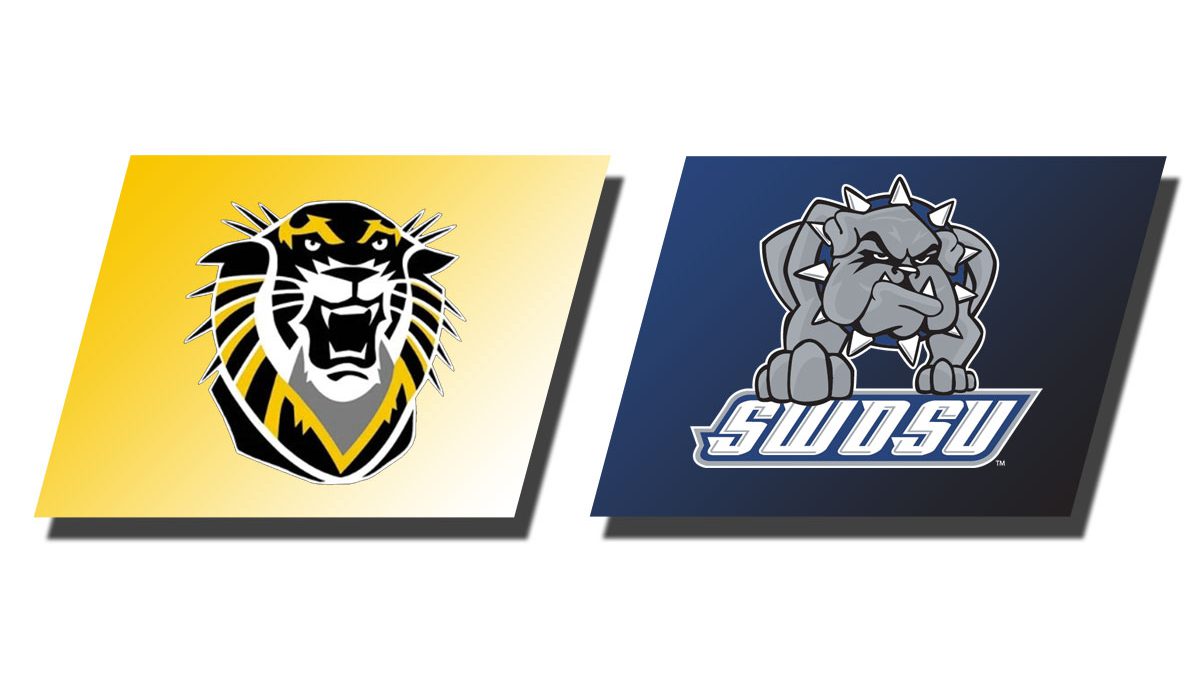 SIOUX FALLS, S.D. – Fort Hays State held on late for a thrilling 78-75 win over Southwestern Oklahoma State in the opening round of the NCAA Central Regional Friday (Mar. 9). Up by just one, the Tigers got a defensive stop with just 1.2 seconds remaining before Taylor Rolfs went to the free-throw line and hit a pair. The last-second three-point attempt by the Bulldogs was off the mark and the Tigers survived.

With the win, Fort Hays State moved to 26-6 overall on the season, while Southwestern Oklahoma State saw its tremendous season end at 26-5 overall. The Bulldogs were the regular season champions of the Great American Conference. The No. 6 seed Tigers will take on the winner of No. 2 seed Central Missouri and No. 7 seed Minnesota State-Moorhead on Saturday night (Mar. 10) at 5 pm.

Every time the Tigers looked to be pulling away, the Bulldogs reeled them back in. FHSU led 14-5 early before SWOSU went on a 15-2 run that spanned from the 2:38 mark of the first quarter to the 7:28 mark of the second quarter. The teams locked in a tight battle the rest of the second quarter and FHSU snuck ahead at halftime 32-31 on a Rolfs baseline jumper with 17 seconds remaining.

The Tigers worked their way out to a seven-point lead at the 5:53 mark of the third quarter, but the Bulldogs used a quick 7-0 run to erase the lead and knot the score 46-46 with 4:31 remaining in the quarter. The Tigers ended the quarter on a 5-0 run, capped with a Carly Heim three-pointer from the left wing, to take a 61-56 lead going into the fourth quarter.

Emma Stroyan scored the first four points of the fourth quarter and the Tigers found themselves with a nine-point lead, their largest of the game, with 9:16 remaining in the game. Once again, the Bulldogs went on a furious run, this time an 8-0 stretch, to cut the lead back to one with 8:03 to go. At the 6:55 mark, SWOSU took its first lead since late in the first half. The Bulldogs took their last lead of the game at the 5:18 mark, on a pair of Hayden Priddy free throws, making the score 71-70.

Kacey Kennett had one of her finest games as a Tiger, finishing with 20 points, 14 rebounds, three steals and an assist. At halftime, she already had a double-double with 10 points and 11 rebounds. She found 10 more points in the second half to finish with an even distribution of points it each half. Her three-point field goal with 3:39 remaining in the game broke a 71-71 tie and put the Tigers up by three.

Fort Hays State held on to its lead the rest of the way. The Bulldogs sliced the lead to one two more times, but their shot with six seconds remaining attempting to take the lead fell off the mark. Stroyan pulled down the rebound and then a jump ball went Fort Hays State’s way. Rolfs hit the pair of free throws to get the lead to where SWOSU could only tie on a desperation attempt. The last shot fell off the mark.

Aside from Kennett’s stellar performance, the Tigers were very balanced in their scoring effort with five players finishing in double figures. Tatyana Legette had 15 points, while Stroyan, Rolfs, and Belle Barbieri all had 10. Barbieri nearly posted a double-double in her 17 minutes off the bench, finishing with nine rebounds.

Tyra Aska led SWOSU with 21 points on a 9-of-14 effort from the field, while Hailey Tucker had 19 points and Priddy had 18. The Tigers were able to hold the three-point heavy shooting Bulldogs to just 30 percent beyond the arc (9-of-30). Tucker buried five of the nine good attempts from long distance for the Bulldogs.