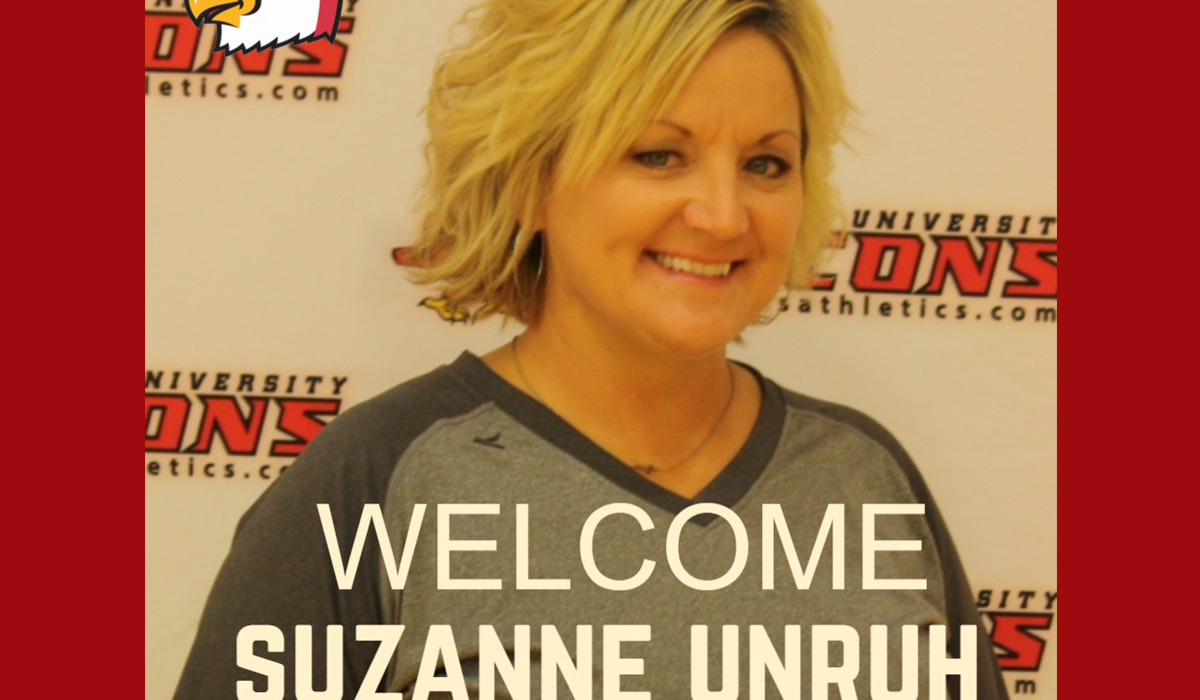 “I am ecstatic we could attract such a highly respected coach,” Ramseyer said.

“Suzanne is well respected throughout the region as a coach and as a person.  She has won at a high level and we believe she will continue to do that here.  Most importantly, she believes in Christian higher education and will create an environment within her program that will impact her student-athletes in all areas of their lives”

Unruh is no stranger to the Falcons or the KCAC, as she is coming off a nine-year tenure as head coach of Tabor College.

Last season, Unruh was selected the league’s top coach by her peers after leading the Bluejays to the conference regular season championship and a berth in the NAIA National Tournament.

“I am excited to be joining the Friends family!” Unruh said.

“Coach Tony (Segovia) has held such a strong winning tradition for many years, and I am humbled now to be a part of it.  I want to thank Rob Ramseyer for this opportunity for me and my family. I am thrilled to meet the players and get started this fall!”

She also enjoyed a decorated high school player career, earning induction into the Derby HS Athletic Hall of Fame in 2017.