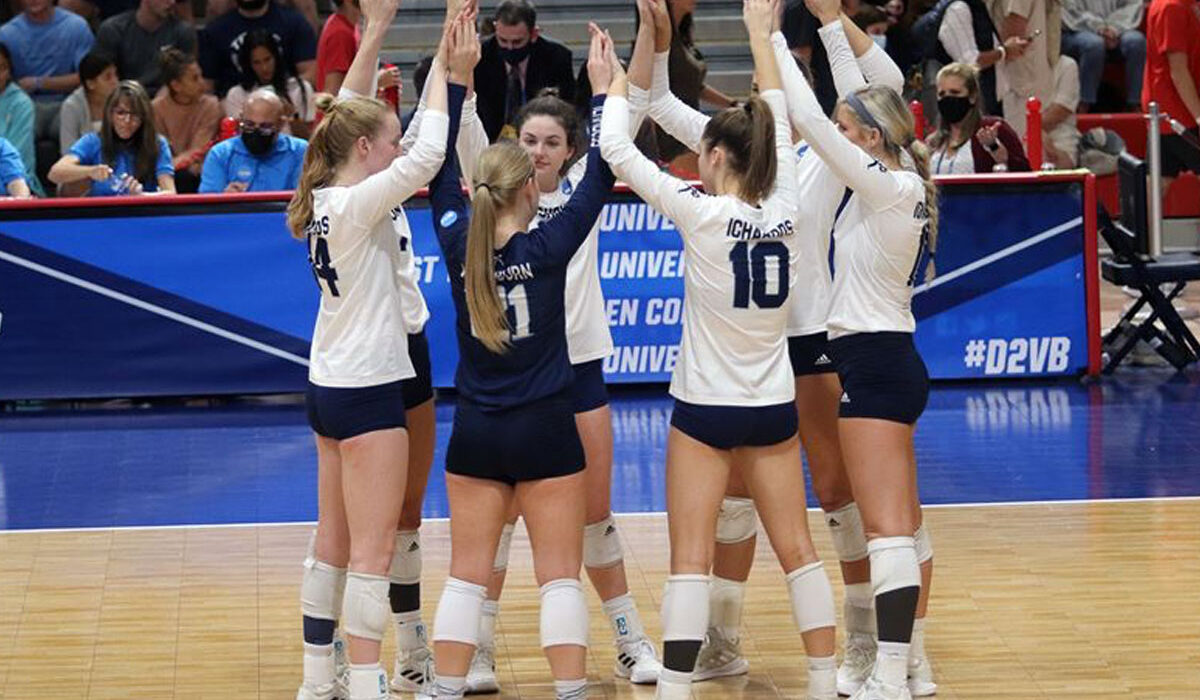 TAMPA, Fla. — The No. 6-ranked Washburn volleyball team finished its historic season as the NCAA National runner-up after falling to No. 9 Tampa in a hard-fought three sets on its home court Saturday evening. Washburn closes the year with a record of 31-6.

The Washburn quartet of Kelsey Gordon, Allison Maxwell, Faith Rottinghaus, and Allison Sadler were named to the All-Tournament team for their impressive performance on the court.

In front of a boisterous Tampa crowd, the match got started off with a kill from Gordon and Washburn went on to take an early 5-3 lead. The Spartans started their attack and put together a 9-3 run to go in front, 13-9. Another kill from Gordon and a pair of kills by Sydney Fitzgibbons got the Ichabods within three, 23-20, but the rally fell short as Tampa went on to take a 1-0 advantage on Katie McKiel’s fifth kill of the frame.

The second game was a back-and-forth battle with tie scores each step of the way through the first 10 points. The Ichabods went up 12-10 on back-to-back Spartan errors, but Tampa responded with a 5-2 rally to retake the lead. The Ichabods continued to show resiliency and leveled the score at 15 and 16 and then used a 5-2 scoring run to go up, 22-21. The Spartans would not go away and it was their turn to tie the score at 22 and 23. Berg hammered down a kill to make it set point, 24-23, but Tampa closed out the set with three-consecutive points to lead, 2-0.

It was wire-to-wire scoring again in the third set and neither team led by more than two points until the Spartans made it 16-13 in their favor with three-straight points. Maxwell knocked down back-to-back kills to get the Ichabods within one, 16-15, but Tampa had an answer yet again and won six of the next seven points. Trailing 22-16, Maxwell sparked a 5-1 run with four kills from three different players to make it a 23-21 deficit. That would be as close as it got for Washburn, though, as Tampa closed out the sweep with two kills.

Genna Berg recorded her 28th match with double-figure kills and landed a team-high 15 to go with eight digs. Gordon hit .385 on the night and knocked down 12 kills with just two errors. The middle hitter duo of Maxwell and Fitzgibbons knocked down eight and seven kills, respectively.

Sadler had 37 assists and was one dig shy of a double-double. In the back court, Rottinghaus led the team with 15 digs and Taylor Antonowich was right behind with 14. Antonowich also had two of Washburn’s four service aces.

The Spartans were paced by McKiel’s 16 kills and Taylor Fosler added nine kills while hitting .615 in the match.